The future of our world, part 2: our environment

A key beneficiary of the SARS-Cov-2 virus has been our natural environment. How significant is this positive impact, though? And have we learnt enough to ensure that things do not go bad again once we make it past this crisis? 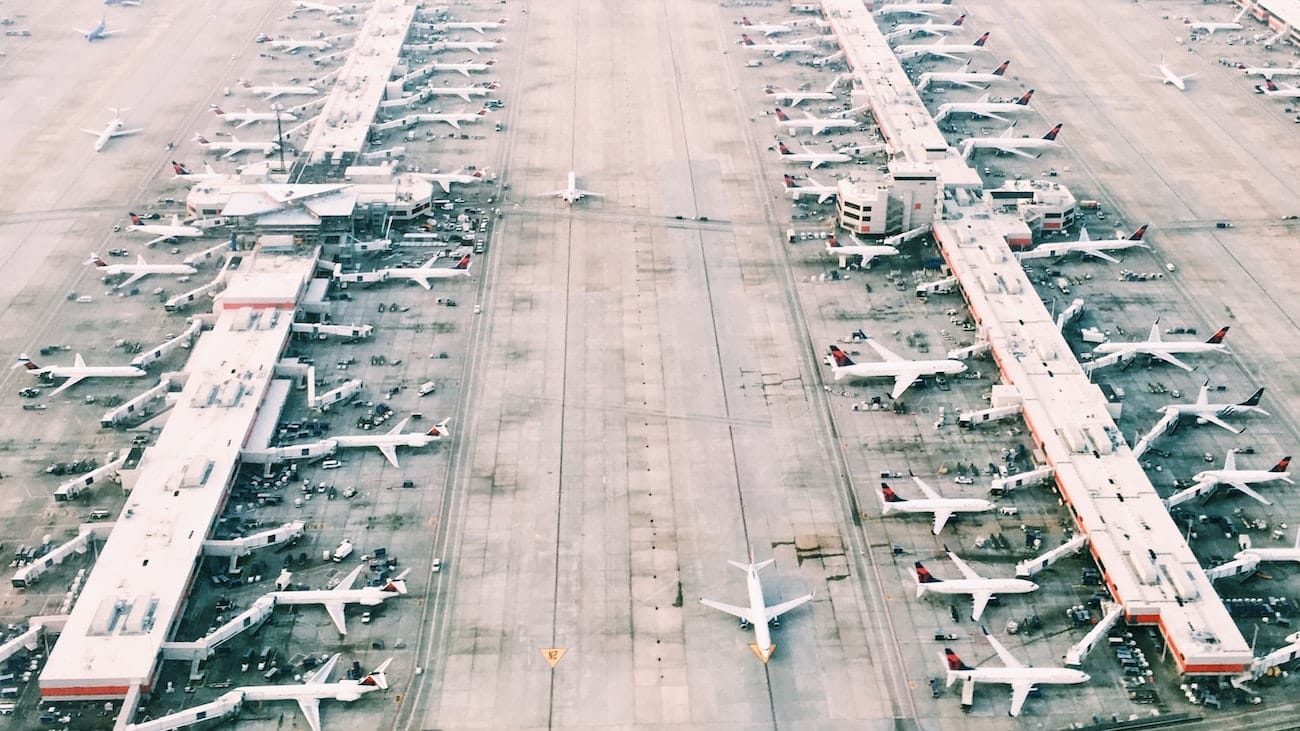 Environmental degradation has been a major human footprint for centuries now. We have gotten so used to it that we no longer recognise it; it has become an integral part of our definition of our world. To worsen things, we also no longer care because we have not been able to feel its effects substantially.

While this degradation itself is taking place with a sadistic linear consistency, its effects are rising exponentially. We happen to be on the lower-end of that curve so we have not felt it too much; soon we will be on the rise of that curve and acting then to save our planet just might be too late.

In the midst of all this is the ongoing COVID-19 pandemic which has given both us and nature a bit of breathing space. It has given us time to rethink our actions and nature herself seems to be breathing cleaner now. But to think of this alone as the effect of COVID-19 on our environment would be a folly. The fact is that had we taken better care of our world, we would never have met this new virus.

A couple of months into 2020, shortly after COVID-19 had been declared a pandemic, and planes around the world had been grounded and industries been shut down, Venice’s canals famously cleared up, dolphins returned to Italian shores and the Himalayas were reportedly visible from farther away than usual. Even as a lot of ‘non-believers’ screamed for years that they could not see the negative effects of climate change, as soon as most of our world was quarantined, nobody could deny the dramatic positive changes in nature that they could see right before their eyes.

The evidence is not just anecdotal, however. Measurements showed that emissions fell by 25% in China at the start of 2020 and recently in New York by 50%. There also followed evidence of the content of NO2 over Italy dropping according to satellite surveys of the region released by the European Space Agency. Overall, while there was little evidence and lot of numbers backing up claims of climate change all these decades, there are now both numbers and anecdotal records of the environment improving in our absence.

Humans have encroached on the planet enough that coming in contact with new viruses is becoming the norm. The worse climate change becomes the greater will be the occurrence of zoonotic diseases. The future of our environment is the future of humanity.

There is a bit of a downside to this too. Such a seemingly quick recession of pollution could tempt people into thinking that this problem is easier to solve than it really is and therefore make it look like less of an issue to bother about.

However, replicating these weeks without another global threat to human life is near impossible. People simply quarantining themselves in sequence will not achieve the same effect; the whole world needs to do it at once and we will never do it again except at viral gunpoint. It is clear that despite the positive environmental changes this quarantine season has brought on, it is not a solution; it is more of a reminder to us to get back on track to saving our Earth. These changes we are living through are a reminder of what a better environment looks and feels like.

Transport is key in human civilisation and it will survive this pandemic. It is also among the bigger causes for pollution. It will continue to add pollutants to the environment once quarantines are no longer in effect the world over. People may even travel a lot more, driving further routinely as if bouncing out of quarantine to lands far, far away. Others may have gotten used to living at home and choose to travel less. This toss up tells us that it is not a factor upon which to assess our next steps.

However, industries may have been and will get back to being the biggest culprits. They ought to be slapped with stricter rules to curb pollution and that may in fact have some effect. Easing other laws in return would serve to incentivise them.

Had we not polluted the world so much, fewer people would have died of COVID-19.

The expert consensus is quite clear: while there is an improvement in pollution and other environmental yardsticks now, during the quarantine, things will start to worsen once the quarantine has been lifted. Yet, the overall impact of these weeks we are spending at home may still be good if not spectacular: the predicted drop in global emissions could be thrice as much as the drop during the Global Financial Crisis of the late 2000s—a mere 0.3%—this year.

To add some more perspective, the pollution we have caused hits closer to home than most of us realise: given two similar cities, one moderately clean and the other highly polluted, scientists have predicted that the COVID-19 death rate is likely to be 4.5 times higher in the latter city. Plainly, had we not polluted the world so much, fewer people would have died of COVID-19.

One thing is clear: while our daily lives may become more convenient as non-essential service providers kick into gear the way society itself works may not—nay, should not be allowed to—return to the status quo. Things should get better overall, and that will only happen when everyone is in on the plan.

The idea behind this is simple: while cleaning up a beach or street can have a temporary, local impact—and is certainly important—it is a large scale effort we need right now if we plan to return to safer carbon levels. For long governments and industries alike have pointed fingers at individuals: there have been popular cries to use paper straws, carry our own containers, carry our own bags etc. But the scientific community has clearly pointed out that industries and not individuals are capable of making meaningful change.

A 2017 report found that 71% of the world’s emissions came from just 100 companies and state producing entities.

While carrying a paper straw is great—and in no way is it condemned or ridiculed—every single one of us will have to carry paper straws for millennia before any visible change occurs. The same goes for that one trip to the market you might be tempted to avoid in favour of the Earth: it is great, but it is dew on the ocean. In better times that would have been a wonderful progression, but we do not have millennia now. By all means let us all work on individually reducing our carbon footprints, but let us not be deluded into thinking we are all making a collective impact for the simple reason that this responsibility is concentrated away from us.

The entities whose actions can make a difference are the ones deflecting blame from themselves to individuals constantly. As a 2017 report found, 71% of the world’s emissions came from just 100 companies and state producing entities. It is easier to enforce a change with these 100 companies, and considerably more practical, than to coax 6 billion people to change their lifestyles. The lifestyle changes should and will come, but over a much longer time period; the immediate change must be demanded from industries.

Something we as individuals can do to enforce such change is improve our habits rather than simply preach highly specific abstinence practices. ‘Any positive environmental impact in the wake of this abhorrent pandemic, must therefore be in our changing our production and consumption habits towards cleaner and greener,’ says the UN. What we need for this is a government stimulus package that follows on the heels of this pandemic.

An important thread to follow is individual human lifestyles and comforts. People are not to blame here: nobody ought to be blamed for seeking comforts; all animals do it on their own terms. However, negativity abounds when obtaining such comforts are hard. Governments will therefore have to make policies that place individual rights, comforts and health benefits strictly front and centre, well above corporations and above needless gun-toting for ‘national security’. If we all simply get along, there will be no need for such stray use of funds.

When governments and corporations help people live contented lives and not live in fear for their own health and wellbeing, people will be free to focus on their other habits, be it planning vacations better, shopping more responsibly or even seeking simpler recreations (since the mystery and allure of exotic recreations would have died down—we only desire what we cannot have etc.). The responsibility lies squarely in the hands of governments and none of the actions they need to take need to be detrimental to individuals.

The reason why such renewed focus on humans and the environment—a ‘green stimulus’ from governments if you like—is important is because humans have encroached on the planet enough that coming in contact with new viruses will become the norm. The worse climate change becomes the greater will be the occurrence of zoonotic diseases—those transmitted from animals to humans. The future of our environment quite simply is the future of humanity. The more content we are, the more in harmony we can live with each other and consequently with nature. This is simply a clever move that leaves little room for questions. A green stimulus package makes sense.

A group of policy experts from universities and think tanks have proposed a four-point programme that must be central to any such green stimulus:

If we are to salvage our environment and make a better world for us to live in, one that is at least safe for us than wild heatwaves and viruses that are unheard of, the stimulus packages that come next must reshape our industries, redefine the norm and allow individuals a huge stake in choosing how we can rebuild more responsibly than ever before.

The simplest scale with which to measure the direct impact of such a stimulus package is to look at its carbon intensity. Speaking of the opportunity we have to build ‘a greener economy’, Professor Sam Fankhauser the former deputy chief economist at the European Bank of Reconstruction and Development said, ‘The three tests which economists use for a good stimulus is they have to be timely, targeted and temporary, and there are a lot of climate change measures which fall into that category. So we can have a low-carbon recovery, that’s absolutely possible.’

That is always good news: it can be done. We just have to step up and do it. We are living through a direct result of one of our negative impacts on the environment while another is worsening things for us. And without us the earth is healing, which should ideally be all the proof we need. There is no need to invoke such dramatic quips as ‘the world is healing and we are the virus’ because the facts, plainly and simply, are themselves clear.

We need to use this opportunity to learn and change our approach to living in society and on the earth in terms of individual health, individual wellbeing, harmony, and environmental impact; either that or we had better reframe our school curricula right away so we can teach the next generation how to properly pack their doomsday kits and bid their loved ones goodbye.

This is the second of a three-part article on COVID-19 and our world. The first part of this essay discussed the impact of the COVID-19 pandemic on the economy. The third part discussing technology will be published soon.
← Essays
↑
Bookshelf →