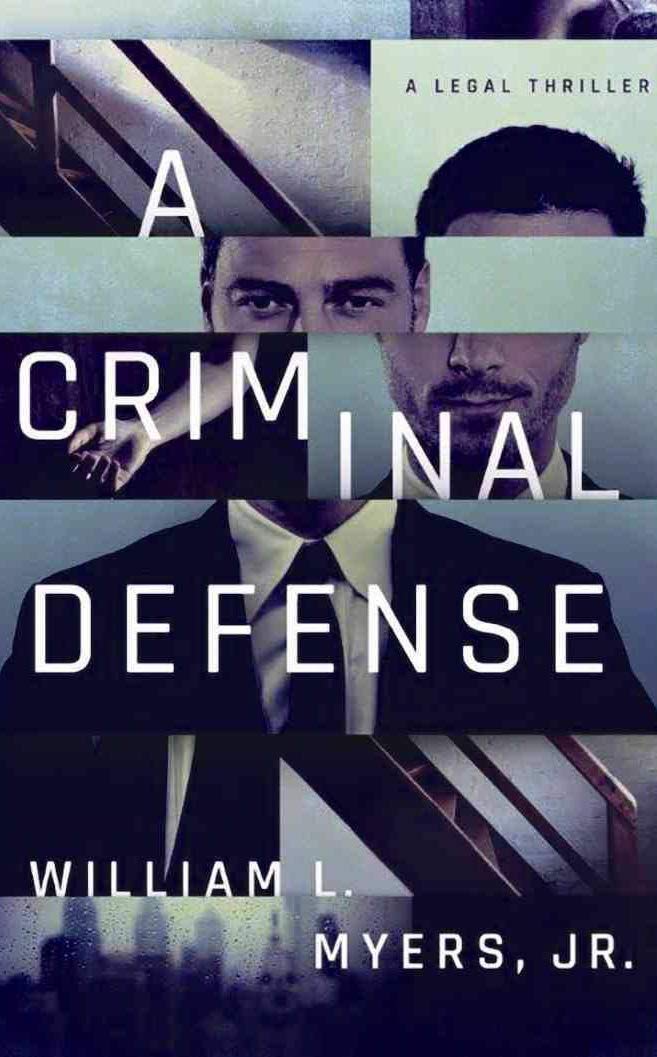 An unusual courtroom thriller that breaks the mould and leaves you with troubling moral questions.

Every so often one comes across an under-appreciated book that left them deeply satisfied, yet full of questions, at the end. For me, A criminal defense, by William L. Myers Jr., is one such. Just before I went on my recent vacation I was on the fence as to which book to carry with me to read and I finally decided on fiction (I like to let my mind wander when I am on a holiday) and my Kindle Voyage suggested that I give said book a try.

Mild spoilers follow. However, they are details that do more to urge you to read this book than blindly give away plot points. In fact, no plot points are directly given out; there are comments on characters and general, unspecific comments on the plot itself.

I was somewhat sceptical from the start for reasons I cannot lay a finger on but I was happily proved wrong. That it was an unknown author was not of concern to me because fame does not imply good writing. And it was the blurb that caught my eye—

When a young reporter is found dead and a prominent Philadelphia businessman is accused of her murder, Mick McFarland finds himself involved in the case of his life… Mick’s only way out is to mastermind the most brilliant defense he’s ever spun, one that will cross every legal and moral boundary.

I should, perhaps, also add that the accused is found cleaning the crime scene1. To anyone who likes courtroom dramas: this book should be on your reading list.

The first person narrative seemed obstructive at first, but it makes sense towards the end. I think the final chapters of the novel would not have been as effective had they been written in the third person. I did take some time to get used to the first person narrative, which is not all that common in my experience, but it was not a hinderance to the way the story developed.

The actual courtroom scenes do not take place until about halfway through the book, beyond which it is almost entirely set in the district court. The first half may seem to be long drawn to some. There is also the curious choice of making the first half of the book heavy in reported speech which almost entirely becomes ‘normal’ direct speech as the book progresses. Indeed I think it was pulled just a little more than it needed to be. There are so many narrative detours into Mick McFarland’s past that, at one point, I remember thinking this book was a character study. Most of these detours, though, did turn out to be somewhat justified, although not all of them were2.

However, the second half of the book alone is worth it. Mr Myers becomes noticeably comfortable describing drama in the courtroom3. Most of the dialogue-rich scenes are, from what I hear from other lawyers, extremely accurate. The courtroom pace is breakneck; I particularly remember that the noon adjournment of the court is, at one point, mentioned matter-of-factly in just one sentence, on whose two sides are narratives about the morning and afternoon arguments.

The one thing I dislike about some legal thrillers is how, on finding evidence proving a victim’s innocence, the actual closing arguments and verdict (or other outcome) are glossed over. There is completion in this book, which is great. And it has some nice flair to it, which is great too. But, at the end of it, I felt that the ‘brilliant defence’ strategy mentioned in the blurb was employed as much, if not more, outside the courtroom as inside it. Also excellent are explorations of the emotions of characters, and, given the first person narrative, the emotions of Mick McFarland are that much more effectively conveyed.

What I did not expect was the moral issues the book raises. That the so-called ‘hero’ protagonist wins is almost like a rule in writing any story. But there are several books where the villains win too, arguably the most famous of them being American Psycho and The Godfather. But A criminal defense is not so straightforward. There is a blend of several issues towards the end that, in a fashion perhaps more true to real life than most novels, offers a conclusion but leaves you wondering if everything really turned out fine after all.

It is somewhat a cross between a straight win for the villains (who are not the people you might think they are at the start of the book) and something along the lines of Kafka’s Metamorphosis (minus the fly). There are pitfalls and benefits and gains and losses for people that come at the cost of others' lives. There are events that leave you thinking if things should have turned out differently.

There are two other points I wish this book addressed better. Firstly, there is a certain parallel narrative to the reporter’s murder that, I feel, should have been given more weight. It serves a purpose in the story, but a weak one only indirectly linked to the murder, much to the benefit of the protagonist4. Secondly, there is an important sequences of events in the book wherein a rich family with a calculating mindset attempts to shape the opinion of the court (jurors) and the public by manipulating a media outlet. I wished this would be seen as an opportunity to make a statement against such misuse of wealth and about how the court system was immune to such corruption. However, not only does the court appear to be moved by these antics but the issue itself is also cast aside with no strong conclusion.

The other trouble I have is that the judge seemed to lean towards the defence right from the start of the book, which is the legal thriller analogue of having everything in a story go the protagonist’s way. Of course, the judge was fair, but I think, had the judge been less obviously favourable to the defence throughout the book, the court scenes would have posed a bigger obstacle and would have been much more exciting. In any case, I do not argue with actual lawyers who say the legal side of this book was accurate. Perhaps I have read one too many thrillers.

The book is written pretty well and is one that I would definitely recommend to others. Whatever support and opposition I may have about this book, there is no doubt that it is an exciting story that keeps you thinking and, when it finally delivers, does an absolutely brilliant job.