← Return to the bookshelf 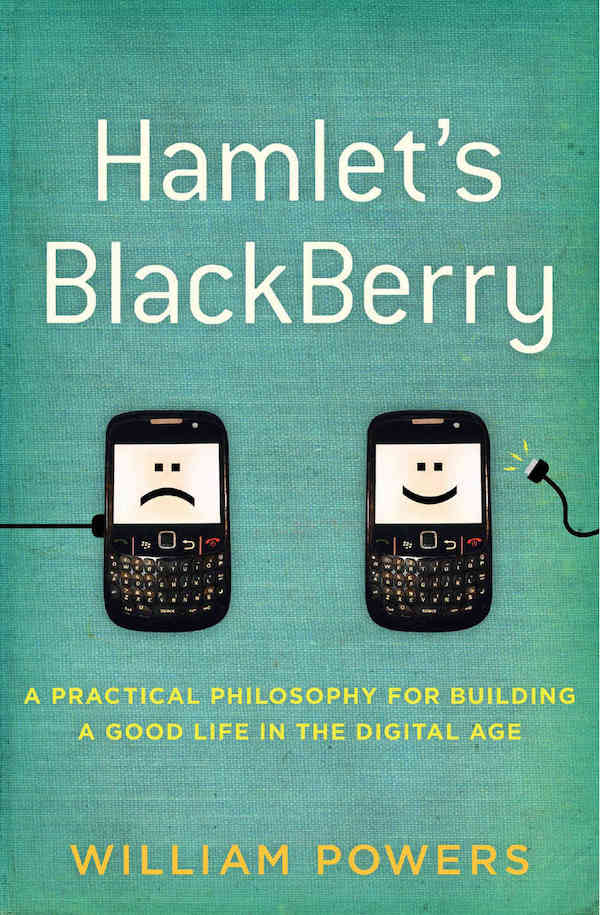 A timely philosophical reflection on the digital influences in our daily lives and how we can harmonise with them.

Although I read this book four years ago I was actually reading it four years after the book was first published. In the digital age that is a lifetime: between the book’s publishing and now nearly five million startups have come up, most have died, and nearly all of them had been madly vying for our attention. This madness is yet to die, which is what still keeps Mr Powers’s book relevant. That, reinforced by my insistence that the social media of today can potentially induce ADHD but I digress.

Unlike a lot of books that deal with these topics Hamlet’s blackberry is not driven by a hatred for technology or by glorious calls for abstinence. This is precisely what makes a reader like myself take Mr Powers seriously. Rather than citing examples of recent times, of people walking into lampposts or diving under trucks, lost on their phones, he talks about how our concern for modern technology is not entirely well-founded. Or at least has had predecessors. We have always been worried about the new but have turned out just fine as a society.

A lot of us are feeling tapped out, hungry for some time away from the crowd. Life in the digital room would be saner and more fulfilling if we knew how to leave it now and then.

It is as individuals, though, that we need to look into ourselves and Hamlet’s blackberry talks about this beautifully. Right at the start of the book Mr Powers talks about visiting his mother and how he could call her up and let her know he was running late. Technology made that possible with great ease: without it he would have either had no way of getting in touch with her or would have had to look for more time-consuming means, like a payphone. So technology is good he says, but focusses entirely on what happen after he keeps his phone down. He loses himself momentarily in memories of his mother making it appear like technology brought him closer. Perhaps it did, but the circumstances are just as important he points out. Had he called his mother and, soon after, checked his tweets or his Facebook timeline he would not have experienced the same bliss. With that he establishes a thread that stitches the foundation of his book.

Using technology can be a good thing but ensuring we have ample pockets of independent time between successive uses of technology is extremely important to keep our life well-balanced. It would, he says, ‘be saner and more fulfilling if we knew how to leave [the digital world] now and then.’

He proposes Walden zones (inspired by Thoreau) and speaks of how his own family takes the weekends off the web. Moments of disconnect like this not only keep us alertly in the present but also enrich those planned, intentional moments during which we actually do connect.

What sets this book apart is its philosophical approach. This is also what will ensure this book remains meaningful for years to come. Rather than offering absolute solutions that might lose validity with time Mr Powers explores the philosophies that ought to drive us to control our use of technology and help us reign ourselves in. This alone makes Hamlet’s blackberry worth having on our reading list.