Headspace can help you start your journey into meditation

Book The headspace guide to mindfulness and meditation

← Return to the bookshelf 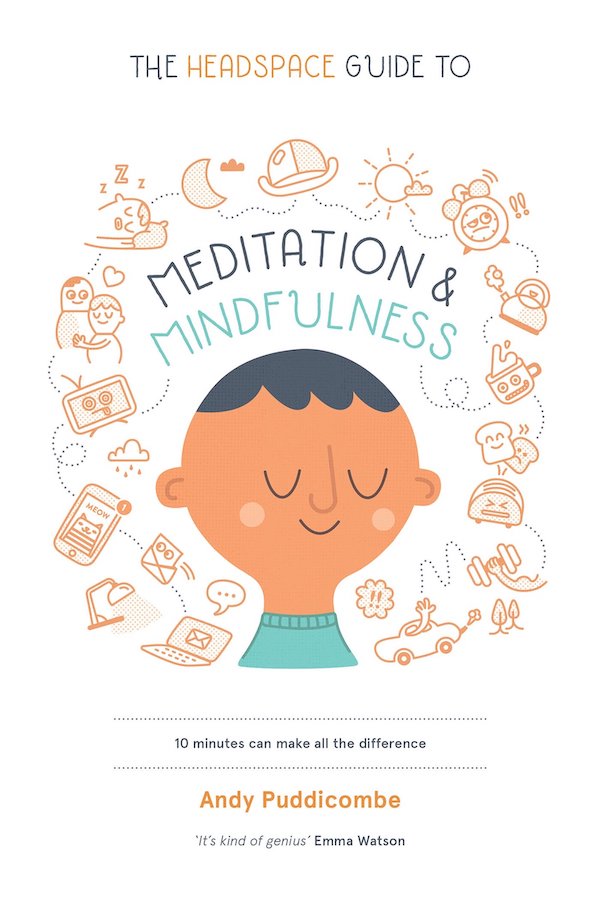 Andy Puddicombe’s guide predates his popular app examines the belief that even ten mindful minutes can make a difference.

According to my Headspace app my journey into mindfulness started around 2015. Back then I had either no interest in meditating or no inclination to explore Andy Puddicombe’s Bristol accent guiding me through the basics of mindfulness. Until about a month ago my journey remained abandoned and I had all but forgotten about the app. Sometime last year I picked up Oak—another wonderful app for meditating—trying to incorporate it into my daily life while my wife picked up Headspace. This brought Andy’s app back on my radar and, for some reason I cannot point out reasonably well at the moment, I soon found myself back on Headspace this year.

Some of my success with Headspace could be attributed to my wife and I adopting a sensible fitness regimen, but to say the app does not charm you into meditating would be a lie. In terms of helping you adopt a consistent practise of mindfulness the app is more a comfortable cushion than a whip. It neither dilutes the practice of meditation into something abstract and senseless nor forces you to sit in the lotus pose for hours at a stretch.

Critics of Headspace have had a problem with the company for some time now. I have heard some argue that meditating for ten minutes a day is laughable. I have also heard arguments that Andy trained for free (he studied as a monk in a few Asian countries and was finally ordained in India, which is also where he began his training) and that he now charges to train others, making enough profits to buy a ‘ritzy’ house in California, which is unfair to the monasteries he trained in. None of that matters because, one, Buddhism does not care about licensing its training programmes; two, most learning that turns into a viable business is based on this or a similar model; three, nobody is expected to pay back to their schools after they earn professionally and Buddhist monasteries do not offer training on this precondition; four, to me, as a user, Andy and Rich’s work has proved useful enough that I have subscribed to their meditation library.

As for meditating for ten minutes a day—this is where this book review comes in. First released about a year after the company was set up (originally called ‘Get some headspace’) and about a year before the Headspace app was launched, the book dives into Andy’s strategy based on the idea that even ten minutes of meditation can make a difference. Besides going through the Basics courses in Headspace reading this book gave me a better appreciation for Andy’s drive behind the app and meditation sessions. It makes the sessions considerable more meaningful when you read in detail about what drove Andy to start bite-sized mindfulness training courses in the first place.

Mindfulness means to be present, in the moment, undistracted. It implies resting the mind in its natural state of awareness, which is free of any bias or judgment.

If you read my older articles you will know that I am not a sympathiser of anything bite-sized. But when it comes to meditation, developing an experience over time is far more important than performing an activity for a period of time, so bite-sized works just fine. Whereas two minutes of reading (or twenty seconds going by people’s current attention spans) is hardly meaningful compared to twenty minutes of the same, ten—or even five—minutes of mindfulness is worth it so long as you practise it consistently. Andy explains this idea beautifully in this book: meditation is only a third of the whole picture; having the right approach to meditation and eventually integrating it into your daily life ought to be the end goal. This is why having a ten-minute session daily is just fine.

I have been meditating—or observing mindful minutes if you will—for a few weeks now, more or less daily, for no more than ten minutes a day and I already experience a mild difference in the way I approach things.

By changing the way in which you see the world, you effectively change the world around you.

The book carries exercises throughout. It starts of as simply as it can, by asking you to sit idle for a few minutes, and then ramps it up from there. These, especially, are a great addition to the Basics course in the Headspace app.

Meditation is not some new mysterious idea: it is simply exercise to strengthen your mind the way lifting weights or doing cardio is exercise for to develop your physique. So, like any exercise, it is important to understand meditation and practise it regularly to be able to see its positive effects on your daily life. And this is what Andy describes in this book through several anecdotes (he never expects you to learn meditation through anecdotes, though, choosing, instead, to use straightforward instruction, which I am personally happy about) starting from how he escaped over the walls of a monastery all the way to how he and Rich founded Headspace.

If you are interested in meditation, Headspace is a great app to pick up—and subscribe to—right away. If you like the app do read this book because it gives you a much better perspective on what Headspace is all about. Do I feel Headspace or this book is helping me focus? I cannot say because I never had a problem focusing. But it is helping me take a few minutes off daily to reflect on my day in a considerably more efficient manner than before. That counts for a lot.

In fact, Headspace is not about making drastic improvements to a select part of your life (although the titles in the Headspace library might give you that impression). It is more about making your lifestyle richer overall and the better you understand this the more effective Headspace becomes. To end with, here is a paragraph that I particularly liked where Andy speaks about this notion of how mindfulness is meant to become an integral part of your life rather than an activity in your life for which you set aside time:

There’s no need to give everything up, or radically change your lifestyle in any way. Dramatic changes like this are rarely sustainable, which is what makes a mindful way of living so achievable. You can keep living as you always have done, if that’s what you want to do. Mindfulness is about learning how to change your experience of that lifestyle.

Effectively, as Andy puts it, ‘By changing the way in which you see the world, you effectively change the world around you.’