Experiencing the charm of the Jeep Life. 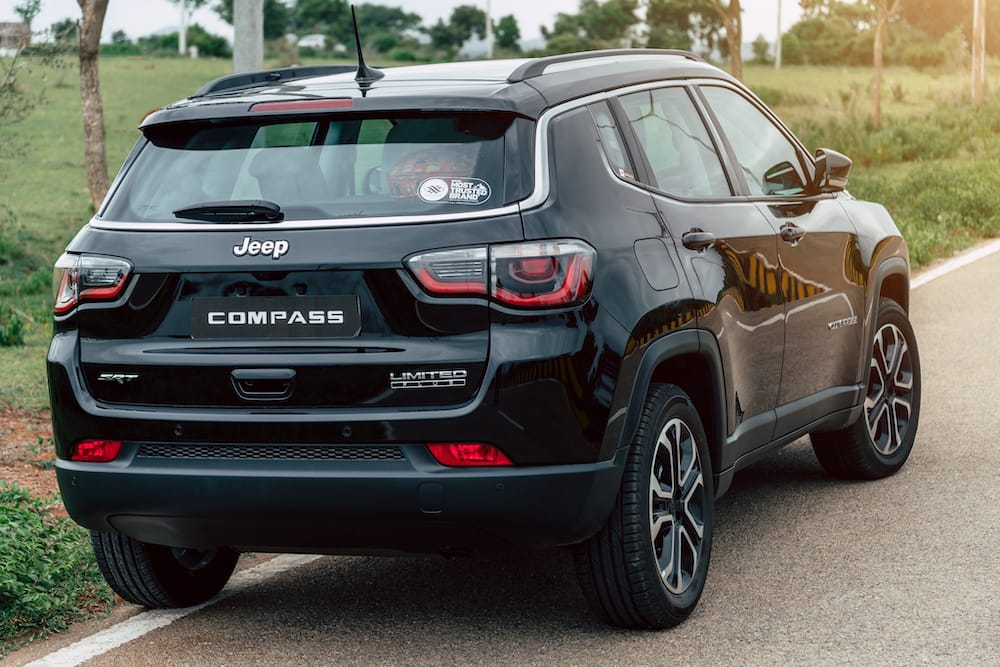 About six weeks ago I was welcomed to the Jeep Life. Ever since I started looking for a suitable daily driver six months ago, the Jeep Compass had been one of my top picks (the Škoda Octavia was the other). As someone who owns a vintage-style motorcycle in the Royal Enfield Desert Storm, my draw towards a Jeep just felt natural. Like RE, Jeep embraces its wartime origin; but unlike RE the brand has managed to also embrace modernity. The Compass in a nutshell is that: a capable, luxurious, modern SUV which proudly tows around its war-era heritage. 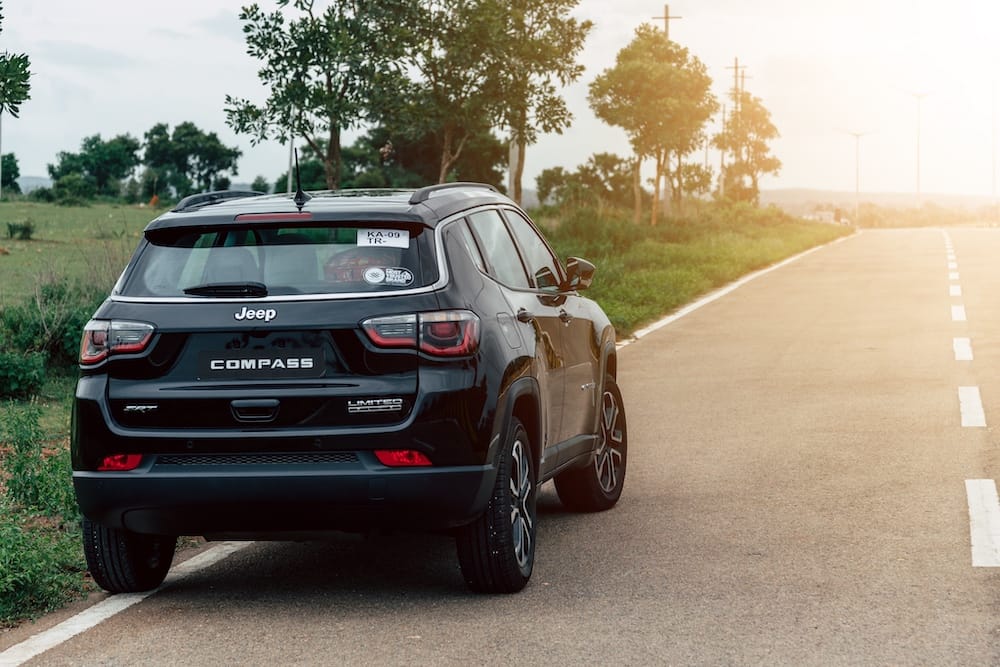 At first glance, it is hard to associate the Compass with old-style Jeep brand vehicles. In fact Jeep has two distinct styles on the market now: open-top, rugged, extremely off-road capable Wrangler and Gladiator types—which maintain the silhouette of the Willy’s, the original ‘Jeep’ in many people’s minds—and the closed, more luxurious but slightly less off-road capable Cherokee and Renegade types—which are examples of the brand embracing modernity. The Compass falls squarely in the latter category.

The Compass is slightly larger than the Renegade and smaller than the Grand Cherokee while sharing several design cues—and even looking—like the Grand Cherokee, the top tier vehicle in the Jeep brand lineup. While not as off-road capable as the genre pioneer, the Wrangler, the Compass is considerably more off-road capable than almost any other SUV in its class. With off-roading in their DNA, this capability is something Jeep has mastered, with the likes of Land Rover coming in a close second. But the key takeaway for me, after driving about 2,000km over the past six weeks, is that the Compass can take on rugged terrain much more effortlessly than most other vehicles.

The iconic seven slat Jeep grill flanked by bi-Xenon high intensity discharge headlamps that automatically light up as it gets dark.

Despite its heft, this SUV corners like a champ at high speeds, squarely planted on all four wheels, with hardly any body roll, sitting snugly in its lane on the highway. In the city, the agility of the electronic steering wheel means manoeuvring is buttery smooth does not drain arm strength out of the driver. The vehicle inspires confidence.

It is clear that Jeep put a lot into this vehicle, with its predecessor, the original Jeep Compass, being so horrible that one cannot fault the company for wanting to forget it even existed. Here is Top Gear on the old and forgettable Jeep Compass—

If you’ve got a long memory for failed cars, you’ll know there was once another Jeep Compass in Britain. It looked like a child had styled it, and was horrible to drive, one of the most uncompetitive cars you could have made the mistake of buying. Luckily so few are out there that it won’t besmirch the image of the new one, unless anyone mentions it. Ooops, just did. Anyway, this one has absolutely nothing in common, thereby proving that Chrysler is far healthier in bed with Fiat than it was when in bed with Daimler.

It is perhaps because of Fiat that the interiors and finishing on this SUV feel great. It also feels premium, even by European standards and certainly by American standards, despite the absence of leather on the dashboard—only the seats are leather and the roof lining (including the visor) is made of a plain but classy fabric. But the surprisingly European feel in an American car does not stop there and with good reason: the Compass was in many ways intended to be Jeep’s proper entry into the continent and its sales speak volumes in its favour.

The Jeep Compass boasts a muscular yet understated design that does not latch onto trends and will undoubtedly withstand time.

There are only two things I recall from my first-ever test drive of the Compass in early 2020: the fact that it is built like a tank, which I noticed as soon as I opened the door, and that driving it brought an uncontrollable grin to my face. Few things can replace a car that cam make you smile every time you drive it.

Coming from a Toyota, Jeep had a high bar: the Japanese are known for the incredible finish in their cars, even if the materials they use are mostly plastics. The Jeep Compass can stand up for itself here, with a mix of hard- and soft-touch plastics mixed with a healthy dose of leather and fabrics. Panels are well-positioned and are not too many in number, nooks and crannies seem to have been given ample attention and quality control in general seems to be great. The icing on the cake is the iconic seven slat Jeep grill on the front.

The build is not the only positive in this SUV physically, though. There are tiny flourishes around the car, primarily made of stitching, that add some accents to the all-white interiors in my top trim Limited Plus model. Additionally, the many Easter eggs Jeep is known for are present in this car too: there is the famous windscreen sticker of a Willy’s; the Loch Ness monster on the rear windscreen; a lizard behind the bonnet; morse code on the dead pedal; several pressed Jeep grill logos in various locations which spell out MP/552, the Jeep project codename for the Compass, and so on.

The SUV looks imposing from the front, despite its somewhat compact size, which makes for an unmissable road presence.

Buying into an experience

The whole experience of buying a Jeep brand vehicle has gone far beyond buying the actual vehicle. Again like RE, there is an entire community of Jeep owners who go on company-led trails frequently and access is allowed only to Jeep owners. There is all the merchandise, the many add-ons and the groups and invites and the Jeep Life kit that new enrolees to the club get.

All of this feels like entering not just a vehicle but a whole experience, a new way of driving, a new approach to traveling, a new way of stepping forward wherever you choose to go.

One may argue that it has been only a month-and-a-half since I first stepped into my new Jeep but that is a long enough time to get an intuitive feeling about what this vehicle is. The best way I can explain it is to compare it with another American brand: Apple. There is a certain feeling when you buy an Apple product where, unlike others, the newness never wears off; every time you pick up your Mac or iPhone you feel its charm just like you did on day one and you can feel that this will last long without actually having to experience it for an unusually long time. That is precisely how I feel about my new Jeep Compass.

Sharp and elegant new alloy wheels on the 2020 model, housed in the typical Jeep trapezoidal wheel arches, stand out against the Brilliant Blank colour. There are also several examples of attention to detail, like the door handles which line up with the shoulder line.

The Compass is a charming, well-built, confidence-inspiring, capable and premium SUV that can hold its own against others in ways that count. It may not, for example, offer the greatest mileage, but what it can offer is not quite something you can count—and to me that matters a whole lot more. Every time I step into my Compass I smile, and every drive is a real pleasure. This SUV is so full of such uncountables that count that Jeep could hardly have made it better. I would buy the Compass all over again if I had to. It’s a Jeep thing.