Passing thoughts on why academics should work more on communicating with the layperson and how this can help more than hinder them. 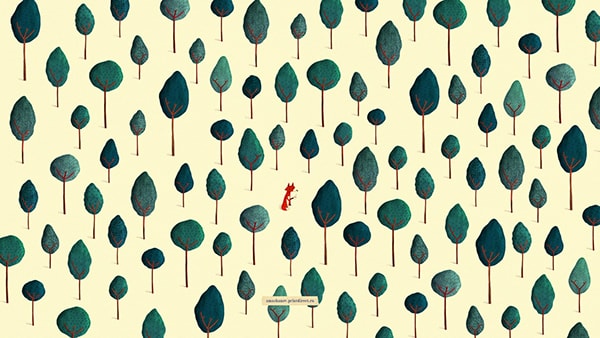 It is deceptively easy for academics to surround themselves with persons of their field to the point where it distorts their view of society. The idea that most of the world does not think like them quickly fades away to the point where certain fairly common traits step into the picture: one, they take for granted that others have a certain knowledge about their field that seems obvious to them; two, they lose connection with a mind that does not possess the basic knowledge that led them to the place where they currently find themselves; three, they assume that others are interested in the finer ideas that lead to the larger conclusions in their field (as opposed to the conclusions alone); and four, they are not open to silly questions coming from outsiders to their field.

Of course this description is not true of all academics but it does describe quite a large chunk of them. The idea is that academics tend to—perhaps unintentionally—look at the world through goggles tinted with shades of their own field. They can hardly be blamed for this: such behaviour is completely natural for someone who has drenched themselves in a particular way of looking at things for at least a few years. But the core of the argument remains that in academia (and possibly elsewhere) the layman’s perspective is often not given its due recognition.

To draw from my own previous experiences, I can name several physicists I have met who despise popular science literature. Despite being a popular science writer myself I used to fall into the same category, often blaming a lot of such books and articles for underrepresenting the complexity and nuances of the field. I used to think this was exclusive to physics and mathematics because we use a language not commonly used by the layman—mathematics—but it turns out I was wrong.

A couple of weeks ago, while my fiancée and I were waiting for our pickup at an airport, I happened to buy a book that I found rather interesting: Psy-Q by Dr Ben Ambridge, a psychologist at Liverpool University. It was a book that promised to explain various psychological analyses through simple tests the reader could undergo and it promptly started with the pop culture Rorshach/inkblot test that is often misleadingly shown to be the be-all and end-all of psych eval in mental institutions in films and on television.

Even as my puny non-psychologist self started wandering around the airport looking to buy a pencil and start taking those tests my fiancée picked the book up, skimmed through it and put it aside with a single remark that went something like, ‘This book makes psychology seem like a joke’. And I completely understood her perspective. ‘It’s simplification that’s useful for the layman’, I explained. Neither of us bothered to debate the issue any further, but this brief exchange has stayed with me ever since.

There are two perspectives commonly held among people: the truth of the complexity of their own field and that of the perceived simplicity of another’s. Nobody is to blame for this. The reason most people perceive physics as difficult is not because they recognise the intricacies of the field but because they know a lot of rigorous mathematics is involved and mathematics has long been synonymous with complexity for some reason. It cannot be overstated how impossible it is for a physicist to imagine a field that exists without mathematics, a field that is purely based on verbiage. This has the reverse effect of perceived simplicity where we tend to perceive another field as considerably simpler.

Undoubtedly all fields can always be ranked by simplicity and physics and mathematics would probably be right at the bottom of such a list but what about other fields? While most perceive physics as ‘difficult’ do, say, historians perceive literature as simpler than their own? Or do psychologists perceive their field as more nuanced than, say, forensic science? That each person appreciates their own field is a given. How they perceive other fields which all speak the same language—as opposed to physics or mathematics—now remains a mystery to me.

In the midst of all this then where does the layman come into play? To the pop science book in my hand I was the layman. To a popular physics book somewhere else a psychologist may be the layman. The most immediate effect is building bridges. The isolation of any academic field does it little good. Long term isolation risks being misinterpreted as irrelevance.

If someone never hears of, for example, radiology, they are likely to assume either that it is a distant, little-used field or that it is some fancy new line of study. Why am I only hearing about it today? On the other hand introducing every single inch of radiology to a layman would not only be a futile waste of time but possible also extremely off-putting. When popular books reduce a field just enough to explain the pith to a layperson they help readers connect with the field enough to like it and take interest in it. Whether this leads the reader to explore a more accurate version of the field or not it does bring the field close enough to the reader that they are now aware of it and perhaps even care about it on some level.

If such a long-term strategy does not appeal to you consider something with a more direct connection: funds. Most academic sectors draw funds from either private donors or the government. There is the rare benefactor but those are exceptions that are otherwise motivated. It so happens that neither party has anything close to a proper knowledge of the field they are investing in and therefore, like anyone ignorant, they talk in terms of immediate, usually tangible, benefits. Private companies look for profits and governments—representing the taxpayer, a layperson—intend to be answerable; both of them seek explanations that water down a field and skimp over the intricacies. At this point making a field simplistic becomes a dire necessity.

There is a third, somewhat idealistic need to pay heed to the layperson. Perhaps ‘idealistic’ is a strong word and does not accurately describe the problem at hand, but, semantics aside, the idea is that questions a layperson may raise can sometimes lead to interesting discussions. Of course nothing dramatically new may come of such talks but the mental flexing is sometimes its own reward—not to mention an exercise academics can never have enough of.

Perhaps it is a reflection of my own (lack of) knowledge in my field but I consider talking with laypersons and answering their questions about fundamental physics (often mistaken for ‘dumb questions’) a good test of my hold over my subject. If you can simplify something and explain it to someone you probably have a good enough idea about the thing. Laypersons in this sense are a self-checking mechanism we can all benefit from.

Everything discussed so far has been centred around academia, but the final reason why communication with the layman is important is a more general one: it is important for the sake of communication itself. Any academic field communicates on two levels: to other academics of that field and to everyone else. The former is well taken care of, perhaps too well. The latter, not so much. This lack of communication has dangerously mutated into outright miscommunication.

An idea that may be commonplace in academic circles can have dizzyingly varied ‘opinions’ among laymen. Medical health research is particularly susceptible to this trend; take coffee as an example: combing over about seven to eight years of reportage will likely end up giving you the opinion that coffee is both good and bad for nearly every health condition you can think of. Ian Musgrave of the Pharmacology department at the University of Adelaide wrote an interesting article addressing this issue nearly five years ago—it is worth reading for this line alone: ‘Look up the abstract (not the press release) associated with the study, it may be in technicalese, but you should be able to get a feel for whether the article reporting the study is going off the rails. This may seem like a lot of work, but how much is your coffee worth to you?’

The question worth asking here is whether the layman can read abstracts at all. Here is an example from a paper I read earlier today:

Optical mixing experiments show the ability of amplifying a weak optical signal by superposing it with a stronger one. This principle has been demonstrated also for weak signals at the quantum level, down to a single photon. In the present communication it is suggested that the sensitivity of optical mixing between a strong macroscopic source and a single photon can be further enhanced as to allow the sensing the wavefront of the photon’s mode simultaneously at two or more locations. Key conditions for that detection is reducing the active size of the detectors below the typical size of the transverse modes, and performing an optical intensity correlation measurement of the Hanbury Brown and Twiss type. Due to the inherent amplification effect of the mixing process, a macroscopic signal is extracted, out of which the photon wave-front characterization at more than one location is achievable with good fidelity even for a single photon emission event. A basic scheme is proposed for the demonstration of the effect, which is analyzed based on a simple quantum model. The validity of the model is confirmed by comparison with previous theoretical and experimental reports involving single photon sources.

It is safe to say at this point that abstracts of this sort are best left for other academics. But it is equally true that the onus is on these same academics to communicate their field properly with the layperson and encourage at least a brief debate once in a while. Inaccessibility and the press’s role as the middle-man has open the doors to miscommunication and it is nobody’s fault—certainly not on purpose. Perhaps an article like Dr Musgrave’s is the best long-term solution after all.

In any case the incredibly valid idea remains that academics and laypersons have to communicate better; the latter will have to make sincere attempts to skeptically reason out whatever pieces of information they come across and evaluate the trustworthiness of their sources and the former will have to make more attempts at swallowing the pride nursed by the complexity of their field and dumb things down cleverly enough for laymen to fully understand an issue and have their voice heard in a debate.