A guide to living in the present

Examining what really works when it comes to living fully and blissfully in the present moment. 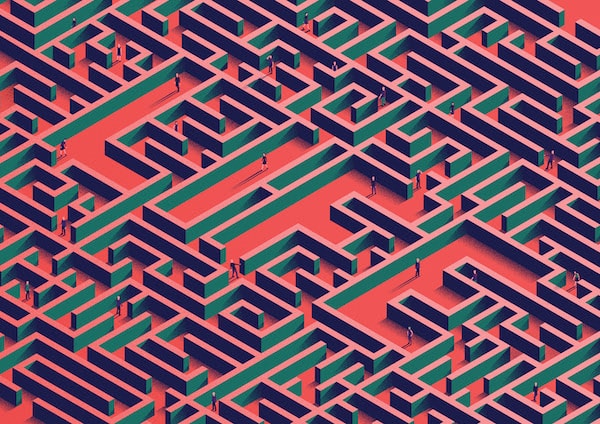 Oftener than we realise, we lose chunks of our lives to a nasty habit we are barely aware we have: the insatiable, perhaps uncontrollable, yearning to dwell on the past. We feel a sense of contentment pondering over what could have been. It takes us to an alternate reality in our thoughts. Our reality. Like alcohol, this offers an addictive sense of comfort but promises ill effects in the long term: effects that sneak up on us slowly enough that they are impossible to spot until it is too late.

The solution to this is simple: live in the present, not in the past; stop worrying about the future, work on it in the present instead. But, like many solutions, this is easier said than done. This is a short guide that takes on the ambitious task of simplifying how one can learn to live in the present and do so consistently. It all comes down to keep a few things in the back of your mind.

What does not work

There is a word in Japanese that has no equivalent in English: Ukiyo means the floating world. It alludes to the practice of going with the flow, living detached from the worries arising from anywhere but the present.

Living only for the moment… and diverting oneself just in floating… buoyant and carefree, like a gourd carried along with the river current: this is what we call ukiyo.Asai Ryōi in ‘Ukiyo Monogatari’ (Tales of the Floating World) c. 1661.

While I am fond of such a romantic idea myself it is not hard to see the problem with this approach. Going after ukiyo makes it seem as though one ought to give up on life and get tossed around in the wind. It gives the impression that living in the present means turning a blind eye to the past and becoming a slave to circumstances. Worst of all, it makes living in the present seem like an impractical approach to life.

Ukiyo, beautiful as it is, can only be appreciated after one has learnt to live in the present. We ought to seek a different route.

The buzzword these days is minimalism which is frequently advertised wrongly as the technique of solving all problems by reducing material possessions. This is a bit like not making friends because you might disagree on something someday: eliminate the subject to avoid the problem. Minimalism, in some form or another, preaches, among other mindless things, that ‘removing items associated with past memories… frees us up to stop living in the past and start living in the present’.

This notion is somewhat like the clichéd scenes from television and film where old photographs are either burnt or flushed down a toilet or both. This might help in the moment but it is akin to pasting a bandaid over a cut while ignoring the fracture underneath your skin.

It comes down to one simple argument: you will eventually reach a point in your life where you can literally not afford to throw away anything more but you will still find yourself living in the past and in the future more than in the present.

Like ukiyo embracing the minimalist idea that throwing away material possessions is the panacea to everything can be more dramatic than practical. Unlike ukiyo I doubt it can lead to much even after one has learnt to live in the present but I digress because my opposition to minimalism is not the purpose of this article.

A lot of people I have come across tend to solve this problem by seeking distraction. Avoiding an issue this way not only fails to solve it but also lets it grow out of control. Confronting it is key, so sit idle for a couple of minutes and acknowledge that something is drawing you to the past or future and then apply the other steps discussed below.

Not being self-conscious is something that can do wonders. We live anywhere but in the present simply because we are far too conscious of our reactions from the past and of how we might react in the future.

Reducing self-consciousness allows one to be more mindful of the present experience rather than being dragged around by our feelings, self-esteem or self-confidence.

This is probably the only romanticised notion that actually works. The reason so many people lose themselves to the past or the future is because they seem to have nothing to hold on to in the present. Even if they do, the lack of something constant over time weakens their will to hold on to it badly.

Be Stoic about it

While the above two techniques come from modern psychology there are older ideas that come from Stoicism, which has been my personal favourite philosophical approach to life since as long as I can remember, and which I constantly attempt—not always successfully but I keep trying nonetheless—to employ in my daily life. Stoicism offers beautiful insights that can practically help you live in the present.

While there are several Stoic philosophers one can think of in this regard it is Marcus Aurelius who comes to my mind now. There are two notes from his Meditations that are especially worthy of our consideration. In the first (Book VIII, no. 36) he speaks of why living in the present is so important: by focusing on the present we limit what weighs us down and leave ourselves with enough that we can tolerate and overcome. By thinking of the past or future we weigh ourselves down with more than we can handle and enter the so-called negative thought spiral.

Don’t confound yourself, by considering the whole of your future life; and by dwelling upon the multitude, and greatness of the pains or troubles, to which you may probably be exposed. But ask yourself about such as are present, is there any thing intolerable and unsufferable in them? You’ll be ashamed to own it. And, then, recollect, that it is neither what is past, nor what is future, which can oppress you; ’tis only what is present. And this will be much diminished, if you circumscribe or consider it by itself; and chide your own mind, if it cannot bear up against this one thing thus alone.

From Book VIII of ‘The meditations of the emperor Marcus Aurelius Antoninus’, translated by Francis Hutcheson and James Moor.

In the second (Book VII, no. 29) he speaks of how we can let go of the past. Adopt the philosophy that a fault should lie where the guilt lies.

Blot out all imaginations. Stop the brutal impulses of the passions. Circumscribe the present time; and apprehend well the nature of every thing which happens, either, to yourself, or, to others. Distinguish between the material and the active principle. Consider well the last hour. The fault another commits there let it rest where the guilt resides.

From Book VII of ‘The meditations of the emperor Marcus Aurelius Antoninus’, translated by Francis Hutcheson and James Moor.

The same idea holds for the future too.

There is a lot more besides Aurelius to Stoicism and, for efficiency, this is a summary of ideas.

In case of the past, realise that there is nothing you can do to change it. You can reflect on it but when that reflection takes a toll on your present is the reflection still worth it? By dwelling on the past you are losing the present and, in turn, deforming more of what will soon be your past. This gives you even more reasons to dwell on the past that seem—at least on the face of it—to stem from a legitimate concern for self-improvement. This leads to a vicious cycle.

In case of the future, realise that you will get there eventually. You certainly should plan reasonably well ahead, but when you obsessively focus on the future you might find yourself eventually stumbling to some point having lost all the wisdom a mindful journey to that point might have provided.

The present is the only place in your control. The present time, the present place, your present situation are what deserve your full attention. You can do this by observing your mind. Stoicism encourages practising stepping out of your own mind and examining it, observing it, and recording its patterns without ever judging it.

Keep in mind, you will not make it in one fell swoop but you will get there if you keep trying. Start by first brining your mind under your control whenever you notice it rushing away from the present; then keep trying to consciously notice your mind every now and then to keep track of it; keep working on this until you gain enough consciousness to fully keep yourself in the present and only ever dwell on the past or the future when you choose to and within limits. It is then that you will experience the bliss of ukiyo.