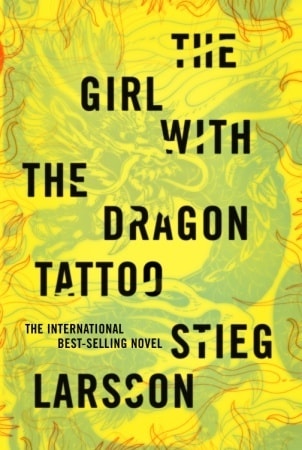 A spoiler-free look at Stieg Larsson’s trio of masterpieces of the modern thriller: ‘The girl with the dragon tattoo’, ‘The girl who played with fire’, and ‘The girl who kicked the hornet’s nest’.

It is as unfair to David Lagercrantz (who now writes the Millennium series, following Stieg Larsson’s demise) that we should compare his work to Mr Larsson’s as it is to us that he should expect any better from readers so fond of the original trilogy. Readers often tend to get attached to a writer’s style and writing style is often inimitable. It is with this mindset that I decided, somewhat haughtily some might say, to cut this review off at the first three books that Stieg Larsson wrote and—going a step further—to call them a trilogy. Indeed Mr Larsson himself intended this to be a series of ten books but died before even the first one came out in print. Both he and Mr Lagercrantz have backgrounds in journalism so there does seem to be some common thread connecting the five books out already and, possibly, the five that are yet to come. Nonetheless my biggest reason for writing about the trilogy is that I have not yet found in myself the courage to break from Mr Larsson’s Millennium universe and enter Mr Lagercrantz’s version of it.

The Millennium trilogy is so called because of Millennium magazine at which one of the protagonists Mikael Blomqvist works. While he is one of the protagonists, and the stabler one by any measure, the real charm of Mr Larsson’s work lies in the second lead character, a wiry, lesbian hacker called Lisbeth Salander. Since this is a spoiler-free review I will not go into any specific plot details but it is safe to say that the Millennium trilogy is all about how the two fight evil.

Thanks (allegedly) to Mr Larsson’s past experiences, the trilogy deals with sensitive issues like rape and murder and the ill-treatment of women. As you read the books you realise that this is a good thing for two reasons: one, it is on par with current discussions around the world; and, two, the way Mr Larsson handles these issues through Salander is classy and steers clear of making them sorry topics used as a trick to draw attention.

Lisbeth Salander is a riddle. She is not a feminist but she does speak for women when it is sensible to; she is not strong but capable of handling herself; she is not mainstream but her quirks make her ever more alluring to the reader. The beauty of the trilogy lies in how it leaves Salander just a little bit open—just a tad bit, just enough to let the reader make of her what he will. Blomqvist’s job is to balance Salander’s sometimes impulsive, often critical solutions with a more weighed approach to the whole situation. Needless to say it is Salander’s (sometimes questionable) approaches to problem solving that eventually wrap things up.

Nonetheless, having read almost the entire final book from Mr Larsson in two days (and the trilogy in a few months since the first one drew me in), I can attest that regardless of where the series (of books or films) go you can count on Mr Larsson’s three books to easily make their way straight to the top of your favourites list. What is more, the Swede’s three novels, regardless of their translations, have unarguably found their place among the best modern thrillers today.