Our universe: marble or wood?

The idea of a probabilistic universe did not appeal to Einstein. 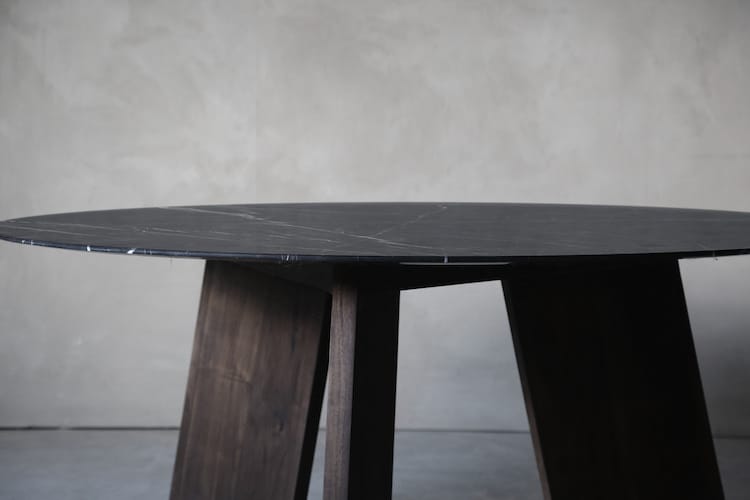 If there is any fundamental quality of nature that has eluded physicists and sparked debates of a fearful scale, it is the question as to whether the universe has a simple (beautiful) underlying principle that runs quite everything in existence.

Undoubtedly, the dream of every physicist is, as Leonard Lederman creatively summed it up, ‘…to live to see all of physics reduced to a formula so elegant and simple that it will fit easily on the front of a T-shirt.’ On a serious note, this highlights the strong belief in most physicists that nature is elegance and simplicity bundled into one.

Physicist Albert Einstein likened this world to marble. In the pith his idea was that the world as we first see it would appear to the observer like wood. Various observations would seem vastly different, unpredictable and complicated. It was his strong belief that we could, on further investigation, chop off these wooden structures to reveal an inside made of marble. Marble he likened to an elegant and simple universe with predictability. Apart from the fact that wood and marble seemed, for some reason, to represent chaos and cosmos to Einstein, it was also an idea that would hold true for almost all discoveries in physics preceding, and including, relativity.

Maybe nature is fundamentally ugly, chaotic and complicated. But if it’s like that, then I want out. Steven Weinberg

From Newton’s laws to Maxwell’s equations to Einstein’s relativity, with every passing discovery we seemed to have united another chunk of our universe to form a whole; and it was as if we either found new explanations for phenomena or found that new, unexplained phenomena happened to be in coherence with previously explained processes/laws. It was like a work of fiction where everything, right up to the climax, would remain perfectly alright, going without a hitch and then, out of the blue, the whole idea of a world of marble collapses.

Einstein was one of the founders of Quantum theory through his explanation of the photoelectric effect wherein he said that light—much like was predicted for other forms of energy, by Max Planck—was really made up of discrete packets of energy he dubbed photons.

At first the idea appeared perfectly alright (and Einstein went on to win the Nobel prize for this many years later). To physicists, by and large, the idea seemed to boil down to one phrase: waves could, at times, act as particles.

The problem arose when Erwin Schrödinger took it upon himself—under the belief that the vice versa could also be true—to theorise how particles could convert into waves. After a year-long vacation, he returned to the physics society with his magnum opus, what is called the Schrödinger equation. Einstein and Schrödinger both believed then that this would describe the wave equation of a solid particle; but the reality was—as other quantum physicists like Max Planck, Wolfgang Pauli and Werner Heisenberg were quick to point out—this did not completely make sense.

At first both Einstein and Schrödinger were pleased with the resulting equation, but they had made a fatal flaw: they had failed to fully analyse the implications of the equation as soon as they realised it satisfied all properties they originally expected of it. And when the others studied it completely, they realised that it allowed for almost fantastic occurrences. Quantum physics was predicting that we needed to crack the marble to reveal a world of wood—and nothing could prove it wrong.

Einstein rejected the theory almost in its entirety simply because it went head-on against his personal belief of a world made of marble. When chance was introduced to the very core of physics; when we realised that these new developments allowed for the mathematical possibility of the unthinkable and the presence of a chance, however small, of contradictory occurrences, Einstein and Schrödinger shared the idea that this was outrageous. This even prompted Einstein to write memorable words about it:

Quantum mechanics calls for a great deal of respect. But some inner voice tells me that this is not the true Jacob. The theory offers a lot, but it hardly brings us any closer to the Old Man’s secret. For my part, at least, I am convinced that He doesn’t throw dice.

The Old Man was how Einstein referred to God in most of his writings. This debate rages to this day, even if subtly. While quantum theory, siding with wood, has not found a phenomenon that can prove it wrong, neither has relativity, which sides with marble.

Perhaps the most powerful analogy we have to date is that of Schrödinger’s Cat. Quantum theory tells us that an observation depends entirely on the observer—literally. Let us have Schrödinger’s Cat clarify this: imagine you had a box with a cat in it. It was alive when you put it.

You keep it closed for a while (that is to say, you are not making any observation of it as yet). Then you open the box and find the cat happily playing, or sleeping sound. But what quantum theory suggests is that the only reason the cat is doing any of that is because you are observing it.

A further complication is that neither of these two major theories, Quantum or Relativity, come in the other’s way. While quantum physics laws rule the smallest of particles, atoms, electrons and the like, relativity seems to apply to the largest of them, like our Earth or even our whole massive galaxy. To clarify this further, quantum theory actually breaks down at relativistic dimensions and relativistic laws break down at atomic levels.

It therefore seems to me at times that there is a possibility of these two theories themselves being manifestations of the same fundamental principle; that our race to uncover the basic law that runs the universe really lies in our ability to see through these theories at the point where they appear to contradict. Perhaps, like atoms making up galaxies, the quantum theory is really a microscopic view of relativity.

Perhaps the reason why quantum theory backs wood and relativity backs marble is because quantum theory really makes up relativity so long as we are able to take ten steps aside and view it from a different angle. Perhaps, in the end, wood is what observation suggests to us and marble is what investigation does. Perhaps the world is really made of marble. We are just not seeing it with a perspective that is broad enough.

You may not have anything to do with physics, or you may be a physicist yourself, but do share your views below. What do you think our universe is made of? Does it have an underlying principle? Is it predictable, or does chance really rule it? Or will we just have to excuse ourselves, ultimately, like Schrödinger who said, ‘I don’t like it. I’m sorry I ever had anything to do with it.’?

Pick a topic to read more on – science
← Essays ↑ Bookshelf →