Book Outliers: the story of success 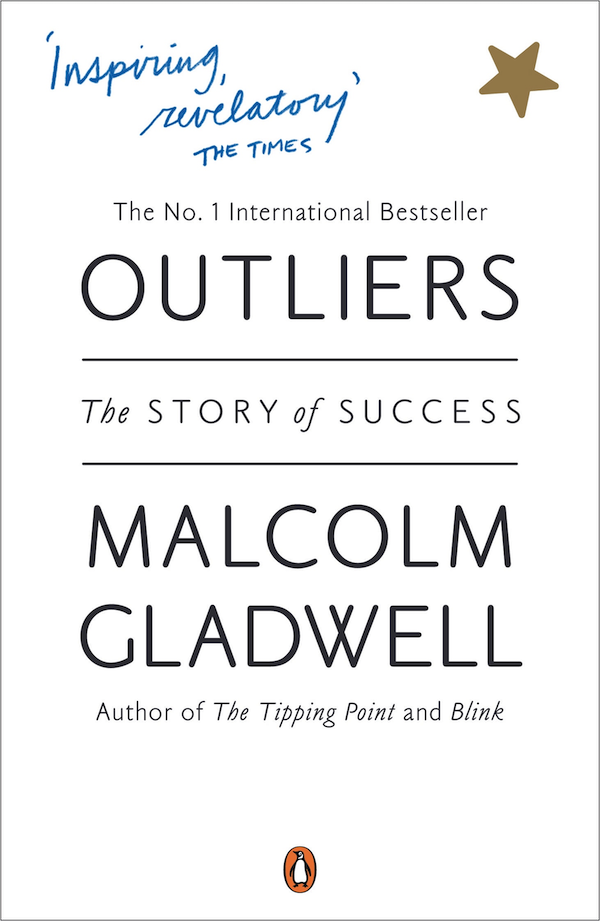 Malcolm Gladwell’s book imparts some much-needed optimism and encouragement to the Everyman’s pursuit of success.

I cancelled my digital subscription to The New Yorker recently because the magazine carries a vast section in every issue that is useful only to people who live in, or are obsessed with, New York. But one of the many reasons I subscribed to the magazine in the first place was Malcolm Gladwell’s articles. Mr Gladwell has been a staff writer for the magazine for about two decades now. I always found his articles quite insightful, which is why, when I was about to catch a flight out of Berlin a few months back I decided to spend €9⁹⁹ and grab a copy of one of his more controversial books, Outliers.

It was gripping in a way few works of non-fiction can claim to be, but most of the book is meant to be questioned and chewed open rather than blindly devoured. I found the start of the book somewhat curious: in a bid to explain what this book is about, Mr Gladwell starts with the story of Roseto, a medical outlier, a town where certain medical conditions were 30–35% rarer than in the rest of America. The reason, he says, as a physician by name Stewart Wolf would later find out, was not geography, lifestyle or exercise, but that the people of Roseto were living happily, in their own small world, in their trusted little society, in utmost harmony.

These were things scientists had never before associated with heart disease and other such ailments, but the rarity of heart conditions in Roseto forced the medical community to step aside and look at things differently, to reason out that the things they had never suspected were affecting patients and, in turn, could affect a person’s health and life. ‘I want to do for our understanding of success what Stewart Wolf did for our understanding of health’, begins Mr Gladwell.

In one line, Outliers is about how hard work and cleverness alone do not guarantee success in life, and how luck, circumstance and being at the right place at the right time too can all have substantial effects on this. At first glance, Outliers may seem like an escape strategy for someone looking to not work hard and blame it on the stars instead, and this is what gave rise to a constant debate I had with this book: while the many anecdotes and the many connections between work and circumstance are insightful, I find it hard to believe there were no others in the exact same circumstance who never made it in life.

Consider two of the earliest examples in the book where Mr Gladwell goes on to show, full with game rosters etc., that the time when players (and Silicon Valley company founders in the other example) were born played a huge part in their success. He states that, had they not been born when they were, they likely would not even have entered the fields they did.

However, while these birthdates were undoubtedly convenient, were millions of others also not born around the same time and would at least tens of thousands of them have not also been exposed to similar circumstances, and did they not yet fail to rise to the occasion or make the most of it? While there is no arguing that being born in the 50s enabled Apple’s Jobs and Sun’s Joy to enter the fields they did, I remain unconvinced that a few examples can represent everyone’s stories. By themselves, these are undoubtedly great reads, but I would hesitate before treating them as examples.

The book takes it further with two full chapters that describe how, while IQ is useful to some extent, it really is not the whole package. These chapters are interestingly titled ‘The trouble with geniuses’. Mr Gladwell argues that IQ is convergent and does not depict one’s imagination (not least because imagining means using data to diverge, rather than converge, and arrive at propositions). IQ, he says, really stops mattering beyond a particular point and I tend to agree with this line of thought. What does help is ‘practical intelligence’, situation-specific knowhow that can help an individual turn circumstances around to their own best interests; call it street smarts. Honing this ability will almost always prove to be more helpful in becoming successful than does knowing how to solve the type of island questions that fill IQ test booklets. Again, these chapters, like the book itself, are filled with anecdotes.

Speaking of anecdotes, one of the most intriguing things for me was where Mr Gladwell found these stories and people in the first place. Someone like Jobs is famous, but not all anecdotes in this book are of famous people. The only one explained is Mort Janklow, because Mr Janklow’s firm is the author’s literary agency.

Besides this, most people cited in this book were born in middle-class or better environments, going against the heroic (even if not always realistic) tales of poor men overcoming odds to find success. Chris Langan is among the poorest mentioned in Outliers but he does not have anywhere near as much discussion time in the book as his richer counterparts; in fact, Mr Langan is used as an example of how having great IQ alone is of little use.

Poor people becoming successful is such an oft-told tale that the success of people born into rich families is not as often heard because they are assumed to have somehow gotten a head start and their rise is seen as much less heroic, even if their achievements are not. But the difference between success in families divided by wealth, according to this book, is clear: richer families practise ‘concerted cultivation’ which gives their kids a sense of entitlement (not the bad kind) which enables them to take charge of situations, i.e. be practically intelligent, simply because they believe, to put it in a crude way, that they have every right to be in charge. That is not to say poorer kids never grow up with this, but the statistics (and Mr Gladwell quotes them amply) lean towards the well-off.

All said and done, there is a faint background music to this book summed up beautifully by this line: ‘Successful people are products of particular places and environments.’ In fact Outliers seems like an ode to seizing opportunities. It is also, in some small way, about how some people have greatness thrust upon them: ‘The sense of possibility so necessary for success comes … from the particular opportunities that our particular place in history presents us with.’

However, to only look at this face of the book is to miss it entirely, because one of the many claims Outliers is famous for is its ten-thousand hour rule. This is hotly debated and is what led me to the book in the first place. (Talk about any publicity being good publicity.) I will intelligently steer clear of this topic but the gist of it is that Mr Gladwell, using the Beetles and others as examples, says that ten-thousand hours of deliberate practice are required to become world-class in any field. One wonders.

In fact, to me, the whole point of this book was to make me stop and think. I will not go over every inch of the book in this review because that makes little sense. Controversial ideas like the ten-thousand hour rule or that for your work to be satisfying it ‘has to be autonomous, complex and have a connection between effort and reward’ are at all not a case to dismiss the book but to realise that, if anything, Outliers puts you close to the lives of men who have achieved great things and asks you to pause and wonder what they did it. And whether it convinces you that they achieved things because of their effort or their circumstances or luck, in the end it does, like any good book, make you mentally richer.