An excellent book weighed down by a couple of dangerous ideas 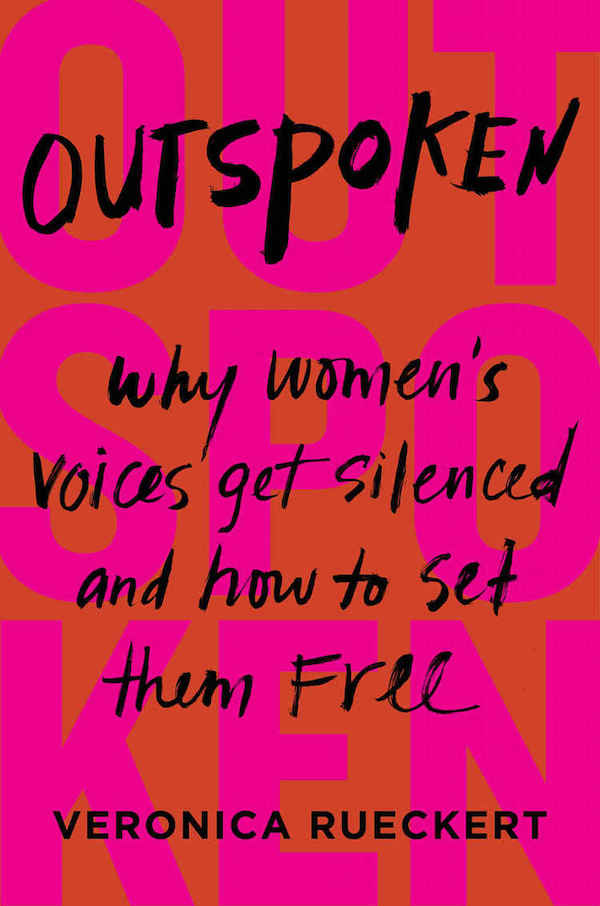 Book Outspoken: Why women's voices get silenced and how to set them free

Be louder. Interrupt? Stomach, not throat. Screamin’ Saturdays? Reservation for women. There is a lot to unpack in this book.

‘Outspoken’ is one of those books you do not expect to be drawn into because you picked it up as a casual read but then leaves you with strong conflicting thoughts you find hard to leave unaddressed. The hilariously assertive tone of Veronica Rueckert’s book is best encapsulated in its blurb. ‘Are you done with the mansplaining?’ It asks, ‘Have you been interrupted one too many times? Don’t stop talking. Take your voice back.’

If you think the book tones it down you would be mistaken, because the dangerous message at the end is just that: women should learn to be assertive, even rude, and interrupt people during conversations the way way men do. I disagree wholeheartedly, you simply do not level the playing field by stooping down to someone else’s level. I would have liked this book a lot better if it said everyone should learn not to cut people off and that everyone (especially men?) should listen more to others and not discount them.

That said, it would be just as premature to dismiss the book based on its end goal because the many titbits Ms Rueckert leaves on the way there have quite a lot to offer. And they in fact are what prompted my review of this book.

As a Peabody-winning communications coach Veronica Rueckert is at in her comfort zone at the start of the book, a big chunk of which speaks about your voice—literally, your voice and how to control it, how to improve it, how to breathe better et cetera. To me this was an unexpected start to the book but one that I went on to find rather engaging.

At the end of the second chapter we are still discussing our voices but, in her weakest aspect, Ms Rueckert prompts readers to consider if they are unable to handle their voices better they perhaps should pick a different career path altogether. Never again does she display such pessimism, though, as page after page this book is full of modern-day examples (think AOC, Hillary Clinton and reservation in India) of how women can be heard.

As a man, I felt this book would not speak to me but I picked it up to see if there was something I could learn from it anyway. Surprisingly, the book was open and welcoming, and it felt like a genuine conversation with the author not designed especially for readers of a specific gender.

Speaking up does not work

The crux of the problem Ms Rueckert tackles is summed up in a Yale University study she quotes. Victoria Brescoll studied the extent to which men and women in and out of power speak in different workplace situations and found a stark difference:

Women who shy away from talking too much on the job for fear of a social backlash may be right to worry. If men assert their voices on the job, they appear more likely to be clapped on the back and given a promotion, whereas a woman who does the same thing may find herself sinking to the bottom of the hierarchy.

It is at this point that one expects the narrative to shift focus from women and call for a much-needed change in workplace and social cultures. But the book carries on for quite some time convinced that women can bring about the change entirely from their end. I would, myself, have preferred to read pointers on how a cultural shift may be brought about where women are given as much space as men to voice their thoughts.

On a personal note, I was quite pleased that a study was conducted that showed men spoke up disproportionately more than women in the workplace. I have often told my wife this too while encouraging her to speak up; the next time it comes up in conversation I know I have a study to back my words.

What prompted Ms Rueckert to steer this way was likely the identification of fear as a factor that prevented women from speaking up. ‘Anytime fear enters the talking equation’, she says rightly, ‘we should send out warning flares because silence and fear have no place in our culture … and fly in the face of … egalitarianism and democratic participation.’

The troublesome part of the book comes about halfway through when discussions on interruption pop up. Funnily there is a section on ‘How not to be interrupted’ followed by one on ‘How to interrupt’. This was by design no doubt but I found it made for a curiously ineffective, not to mention hilarious, organisational structure.

Ms Rueckert describes snapping back as an option to prevent being interrupted with an unintentionally humourous description of how to go about it. The alternative to snapping back, the book goes on, is to continue talking with a louder voice until the interrupter ‘cedes the floor’.

And how does one interrupt? Identify ‘jump in’ moments where you can worm your way into a conversation and once you are in, keep going and ‘don’t give anyone else a chance to talk once you’ve made the conversational cut’.

Such dangerous advice, following several pages of complaining about how men do not give women the chance to talk, weakens the good advice spread over the rest of the book.

It is only towards the final third of the book that any acknowledgement comes about the fact that society is to blame for silencing women’s voices. A key example of how restructuring workplaces and social organisations can help women be heard is that of India. Ms Rueckert quotes the UN describing the steps taken by the former Prime Minister P.V. Narasimha Rao’s Congress government in 1993 calling it ‘“one of the best innovations by grassroots democracy in the world” when it approved a constitutional amendment that required village councils to reserve one-third of their seats for women.’

The key takeaway is that over time, such forceful inclusion of women led to both men and women recognising that women’s voices had a legitimate place in society and at workplaces.

California took up similar measures and now has in place a law requiring company boards to elect at least two women members by the end of 2021. Examples like this one, and examinations of women active in—and famous around—the world today are an important part of what makes this book relevant to our times.

It has something for both men and women to read and learn from. It does not carry any groundbreaking content but why should it? Effective presentation and consolidation of ideas, with a balance between storytelling, facts and instruction, is after all what makes a book of this sort worthwhile. Yet, it feels a bit lacking. Perhaps a follow-up is due, where the ideas of this book are visited but in greater depth. And perhaps then Ms Rueckert will talk more about her vocal and communication skills because those were the parts that, to me, made this book enriching.