A plan to survive reality

A modest and straightforward book convincingly written to relate lessons we all already knew but could benefit from listening to again. 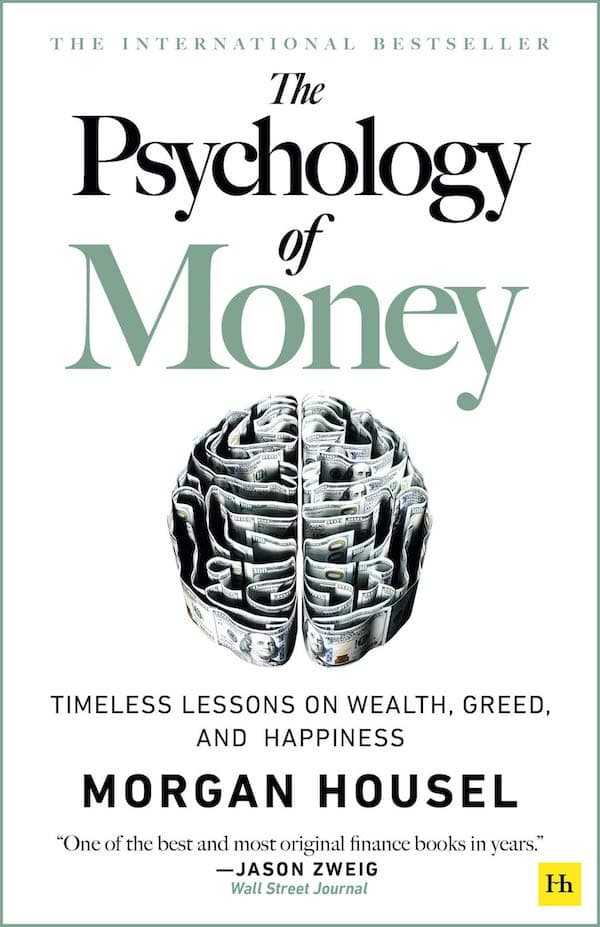 Book The psychology of money

At the beginning this book struck me as one uniquely written for the vanishing attention span of the 21st century. Morgan Housel spares no words in clarifying that this book is a collection on unconnected chapters so they can be devoured one at a time, in any order, as far apart from one another as the reader feels is needed. However, I read it in the given order without worry that it would somehow spoil the book for me.

The psychology of money is one of those books that at first glance appears to be filled with lessons of which we are all only too aware and which need no retelling whatsoever. For example, these are a few of the chapters in this book, chosen at random: ‘Luck and risk’, ‘Never enough’, ‘Getting wealthy vs. Staying wealthy’, ‘Save money’ and ‘Room for error’. If you guessed what most of these talk about, your guess was probably correct. But it is not what these chapters say so much as how they say them that sets this book apart from the myriad of financial advice books in bookstores around the globe.

This book is not a stepwise guide to handling money. Instead it takes a unique approach to the subject, building its arguments on the claim that money must be understood through human psychology rather than mathematics. Mr Housel puts this succinctly saying, ‘we think about, and are taught about, money in ways that are too much like physics, with rules and laws, and not enough like psychology, with emotions and nuance.’

A particularly insightful topic of discussion involves what the author calls the ‘Man in the car paradox’. We all want to own a luxury car or something of the sort in the hopes of gaining others’ respect; but how often have we actually seen a man in a luxury car and thought about the man rather than about the car, asks Mr Housel. It is not the car we want, and not the car we ought to be spending our money on, says Mr Housel. We need to look at the narrative not as our desire to own something fancy but as our desire to command people’s respect.

This highlights the core argument of the book: ‘Making wealth, or building wealth, is not about intelligence or financial knowledge but about behaviour.’ Tame your behaviour and you will see results.

Other parts of this book are more straightforward, once again bringing nothing entirely new to the table. It reminds me of another book I reviewed a couple of years ago, Die empty by Todd Henry, in which I said, ‘not a lot [in this book] will be new to you, but rather a lot … you will find is told in an effective, eye-opening manner designed to make the idea last in your mind’. This book is quite similar. For example, at one point, Mr Housel says, ‘Wealth is created by suppressing what you buy today in order to have more stuff or more options in the future. No matter how much you earn, you will never build wealth unless you can put a lid on how much fun you can have with your money right now, today.’ We all know this, but the usefulness of this book lies in how it follows this claim with effective exposition.

The end of The psychology of money is rather unique as it is the author discussing how they themselves spend their money. The usefulness of this section is up for debate but I myself found it quite interesting. It is one thing to know the rules of a game, but an entirely different matter to learn by watching someone play it. This book is your window into how people play the game we call money.