All about Apple under Tim Cook 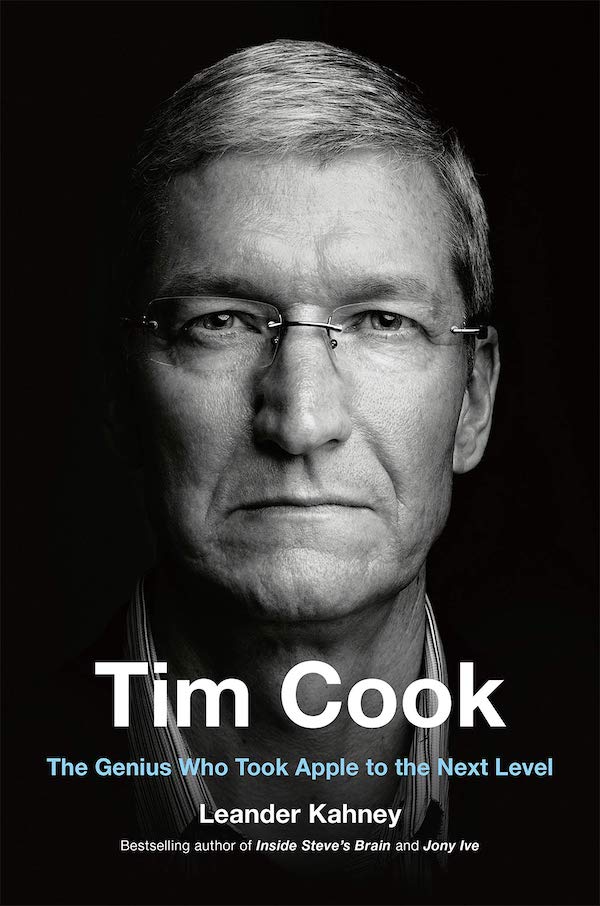 Book Tim Cook: The genius who took Apple to the next level

An insightful although, disappointingly, not a first-hand look at the man who took over from Steve Jobs.

When Steve Jobs died many people were critical about Tim Cook taking over the reins as CEO of Apple. I was one of them. This was despite news that Mr Cook had been running the show for several months already while Jobs was alive. But of course, Jobs would have still been calling the shots, would he not? Apparently not: while he was close to death Jobs told his successor not to keep asking himself, ‘What would Steve Jobs do?’ and instead just ‘do what is right’. It turns out the rest of us had been viewing Mr Cook rather unfairly, wondering all along, ‘What would Steve Jobs do?’

It is hard to imagine the immense pressure Mr Cook would have been under when taking over from an almost mythical figure like Jobs. Add to that the negative limelight the world media cast him in and the way Mr Cook braved things during in the first few years of his leadership at Apple makes for an inspirational tale. I have myself rarely been happier to be proved wrong and I am sure a lot of us felt bad for not having more faith in the company we liked so much. I would not be surprised if Mr Kahney was among such people who originally doubted Mr Cook because this book feels like the writing of a man overcompensating for once doubting the venerable CEO of Apple by downplaying his weaknesses and extolling his strengths.

Then again, one is left to wonder if Mr Cook is not a really great human being and an incredibly capable leader after all. Rather than his story being too good to be true, is it truly so good we find it hard to believe?

Disappointingly, the CEO of Apple himself had nothing to do with this book. The author bases his writing on heavily researched but second-hand content with not a single interview with the titular character himself. From a book called ‘Tim Cook’ readers can be excused for being displeased with anything less than an actual conversation with the man himself. Perhaps Mr Kahney would have done better to call it ‘Apple under Tim Cook’.

Put any expectations of Tim Cook’s involvement aside and you have a pretty interesting read, both from the perspective of an Apple customer and someone interested in learning what good leadership looks like. Equally important, Mr Kahney is not new to the world of Apple: he is editor of Cult of Mac, former editor of Wired, and wrote the popular book The Cult of Mac where he compared Apple and its fans to a cult. Mr Kahney knows his stuff and it shows in his research.

The book briefly details Mr Cook’s upbringing, his first exposure to racism as a young child, and explores his college years. It then builds on this to show how the choices Mr Cook made as Apple’s current CEO were somewhat uniquely shaped by his experiences. This may seem like it blinds Cook towards areas that are not his forte, but you cannot blame a man for playing on his strengths. And play he did: following Steve Jobs’s death Tim Cook took the company he had left Compaq for in a different direction than its founder might have—and for the better, if Mr Kahney is to be believed. He defined six areas of focus for Apple: accessibility, education, environment, supplier responsibility, inclusion and diversity, and privacy and security.

At this point the book delves into these six topics and forgets that its subject matter is the man behind it himself. The book becomes more a biography of Apple under Tim Cook rather than a deep dive into Mr Cook and his life and what drives him. Given that Mr Cook himself was never talked to, it is not surprise that Mr Kahney managed to gather little information about him and diverted instead towards a conversation about Apple: Tim Cook has always been an intensely private person.

Where Jobs focused on building Apple into a company that spewed one innovative product after another, Mr Cook has focused on stabilising the company and arming it with enough to take on whatever the future brings. It would be wrong to argue, though, that Apple has not innovated under Mr Cook; it may not have had entirely new products (if you discount the Apple Watch and the Airpod, that is, but why would you discount them at all?) but the company is now innovating at a different level entirely. Innovation changes direction after a while. I recall Jony Ive once comparing it to how cars are still innovating internally while on the outside you still get a four-wheeler with a steering wheel and chassis and some seats, windows and a windscreen.

Mr Kahney talks a lot about how Tim Cook and Apple stood up to the FBI and refused to crack open an iPhone because of the treacherous precedent it would set for government surveillance and privacy in the future. He is right to do this and Apple deserves a lot of credit for this; there is little doubt any other company would have folded under pressure here. But then he criticises—in what is the only criticism of Apple in this book—for not being diverse enough or supporting open systems. This is funny and somewhat inaccurate because if any company today is known for its diversity, it is Apple, be it gender- or race-based.

Apple under Tim Cook also came up with a new coding language in Swift and made it open source thanks to which many people benefitted (me, for example, as my first ever app was built with Swift), a move which was in stark contrast to Apple’s otherwise closed-source and secretive nature. They also invested heavily in education releasing a line of extremely capable iPads meant especially for education—my wife uses one of these and she loves it. Yet Mr Kahney gives Apple little credit for all this.

My particularly favourite part of the book is where the author talks about Scott Forstall’s colossal failures with Siri and Apple Maps (remember when it directed people into the sea?) for which Mr Cook asked him to apologise publicly. Mr Forstall refused and Tim Cook had him fired, which he followed with a public apology that he himself gave, marking arguably the first move Apple made under Tim Cook that would have been unheard of in Steve Jobs’s Apple. The move told the world Apple was a more human company now: this was Apple under Tim Cook.

In the end Mr Kahney boldly claims that Mr Cook is Apple’s best CEO. I like this claim and I would like to believe it but I am not sure Mr Cook himself would agree. If traditional CEO-like activities are concerned Steve Jobs may not rank at the top of the crop but he did lift Apple out of bankruptcy. Perhaps Mr Kahney would have done better to say Jobs was the CEO Apple needed when Jobs was the CEO, and Mr Cook was the best choice to lead Apple in this decade and make it more human. The two are extremely different leaders who focused on what they did best which in turn shaped the company and took it to greater heights.

If you want a look at the man who brought humanness to Apple, who is a beacon of leadership today, and if you want a bird’s eye view of the man whose tenure as CEO will shape Apple’s future for the coming decades, this is a good book. It is not a look at Tim Cook as much as a look at Apple under him and is decidedly the perspective of a well-informed outsider.