Rather than being about schadenfreude, our interest in true crime arises from a myriad of promises it makes. 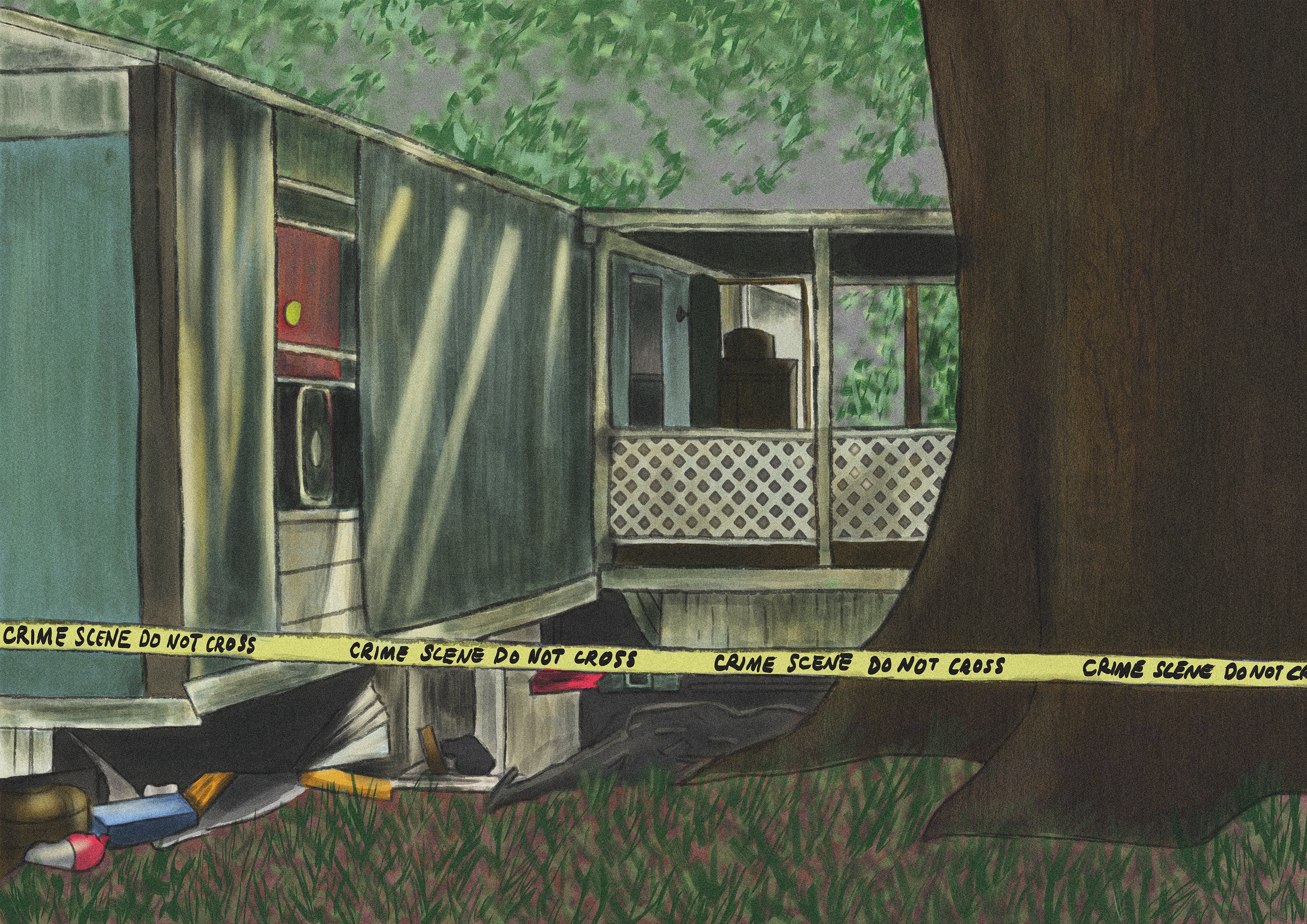 True crime seems to be gaining popularity lately. Despite everyone obsessed with the genre seemingly finding themselves surrounded by peers who fail to share or understand their interest on any level, the conversation around true crime seems to be growing. Most recently, this growth seems to have been fuelled by the podcast Serial. In every case I say it only ‘seems’ so because the peak popularity of true crime lies, in fact, in the distant past—specifically in 2004 if Google Trends is to be believed (see chart below). The apparent popularity of true crime is likely the result of our living in a more connected world. This has not only brought closet true crime lovers out but it has created a sense of community, for lack of a better word, as the internet so often does, which has led to the perception that true crime is gaining popularity. Novertheless, the reality is that this has all repeatedly birthed a question in people’s minds: why ever would one ‘like’ crime?

While true crime has been more popular in the past, its popularity on first glance appears to have been on an uphill trend ever since 2015, just months after the famous show Serial came out. However, on closer examination, this too turns out to be only a partial view of things: the popularity of podcasts themselves, as a form of media consumption, has shot up since 2015. It is an altogether different question whether this is because of Serial, a now-famous true crime podcast, or the reason why Serial is now a famous true crime podcast.

Needless to say, those of us who enjoy true crime do not like crime in any form. One reason we listen to it is because we are averse to crime, and the reason we delve into the specifics of a crime is because of its necessity from an investigative perspective. But it is not in the crime itself that we find any pleasure.

Grounded in reality—being about the victim

To understand some of the key attractors of the true crime genre, it is important to understand the origin of the term itself. The ‘true’ in true crime refers to the fact that the crime in question did in fact occur in real life. This is the foundation of true crime. Those whose interest is merely in crime, in studying the possibilities of investigation or the set-up that led to things often prefer fiction, which is an art of its own. True crime, though, is grounded in reality: it is about something that really did happen to someone who existed the same as you and me, who had a life like yours and mine, and to whom something happened that could happen to you and me. True crime is about the victim.

True crime draws on our curiosity of not just what happened to the victim but also of how the mind of a criminal might work that makes it stoop to the levels it does.

Writing for the New York Times, Kate Tuttle claims that more women like true crime than men (more of whom like war stories) because women are more likely to be victims or survivors of crime while men are more likely to be the perpetrators. While this may be statistically true, it also goes out on a limb to draw false conclusions from it. But Ms Tuttle does hit the nail on the head elsewhere in her essay when she claims that reading, watching or listening to true crime gives us a perspective on how we would react in the victim’s shoes, on the depths to which our society can fall, and—most elegantly—that in true crime lies a ‘simple story that reveals powerful, complicated truths.’ Yet again, true crime is largely about the victim.

The thriller novel—being about the perpetrator

True crime, besides engaging our curiosity and our sense of justice, is no bigger a culprit than the thriller novel. How often do we question whether lovers of thrillers also love terrorism or kidnapping or murder? Why then must those questions be posed to lovers of true crime?

Think of the last thriller novel you read, or the last few. In each of those you would have undoubtedly sided with the protagonist but eagerly waited to see what the chaps on the other side would do and how far they would take it. In each of these tales—especially in those written from a third-person’s view or alternatively from the view of the antagonist and protagonist—the desire to know what the villain does is as great as the desire to see how the hero overcomes that new obstacle. True crime is no different. While it centres around the victim, it draws on our curiosity of not just what happened to the victim but also of how the mind of a criminal might work that makes it stoop to the levels it does.

As the psychologist Dr Chivonna Childs puts it, ‘True crime appeals to us because we get a glimpse into the mind of a real person who has committed a heinous act.’

Logic grid puzzles—being about the sleuthing

If I had to lay a bet I would say there is a pretty big overlap between people who love true crime and those who enjoy a good old-fashioned whodunnit. I myself grew up on cartoons and comics like Scooby-Doo, Captain Planet and Tintin, which all have in common the thread of a mystery: a perpetrator, a crime, a group of people investigating and eventually solving a crime.

Our interest for true crime, in so far as the investigation goes, comes from the belief that it can be solved. This is regardless of whether the case was ever solved or ever will be. Nothing about any case ever tells us it positively cannot be solved.

Pick up from this point the idea that might come from something as simple but interesting as logic grid puzzles. You coldly see facts for what they are, you think critically, you eliminate, your reason, and you draw reliable conclusions. Going over true crime cases is no different from solving logic grid puzzles, just considerably tougher and not always solvable in one sitting—or even a few. As the singular Mr Sherlock Holmes once said, ‘When you have eliminated all which is impossible, then whatever remains, however improbable, must be the truth.’ While there is a lot of curiosity and empathy involved in our enjoyment of true crime, there is also the simple pleasure of getting lost in a really good story.

What can happen—being about the possibility

One may argue that true crime can shape public opinion without sufficient underlying facts. This might be true and it might even have been a concern were we trying criminals in the court of public opinion. And the (at times) subjective nature of true crime should keep viewers/listeners/readers weary just as any show on any other media in any other genre might. The fault there hardly lies with the genre itself. From the perspective of morality, therefore, enjoying true crime is perfectly acceptable.

Our love of true crime comes not from our desire to exhibition our empathy or our investigative skills or to parade our understanding of the dark recesses of the human mind. It comes from an expectation that there is always the possibility of the good—not of the acceptable but of the good. As Neil Gaiman said of one of his books, ‘kids already know dragons exist; what they crave is assurance that dragons can be defeated.’

In true crime there is always the possibility that someday someone gets closure, that someone gets the justice they deserve, and that someone faces the consequences of their actions and learns to live better. There is a recognition that we are all humans no matter where on earth we live; that we are alike not just in our darkness that brings us together but in our desire to find the light as well.