In random conversations with farmers

A drive out to the Indian countryside leads to some interesting conversations with farmers. 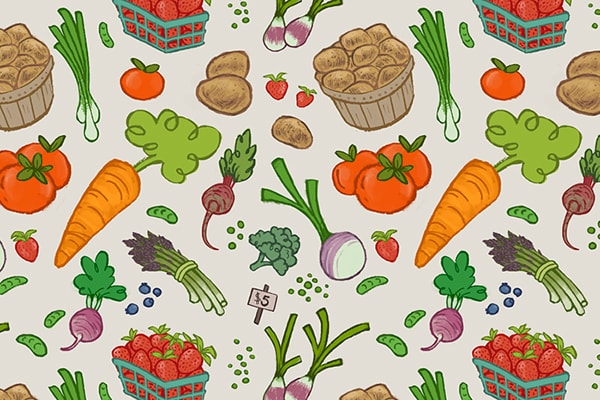 He tells me with a glower, ‘Labourers in Coorg don’t come cheap ever since men and women started demanding the same price.’ I am in conversation with a farmer who owns acres of rice fields and has just harvested his corn cobs.

As I drove out to the countryside this week and spent time talking to farmers, there was a lot to learn, a little to ponder and a host of general chit chat. Some stood to show urban ignorance, most stood to show rural backwardness — in thought as much as in amenities. But the drive itself was worth my while and I hope to do it again, probably heading in a different direction.

The farmer was talking about farm labourers. Most farmers these days, contrary to the picture drawn everywhere, do not till their own lands. They hire labourers instead, and this practice has been going on for quite some time. I am no expert, so take this with a grain of salt: this could simply be viewed as a form of feudalism where farmers own the land and, instead of also owning farmhands, they hire them as needed.

In addition, while we push for equal pay for men and women, here is a man who complains. But he is not alone; others tell the same tale. Farmhands used to come cheap and worked long hours. And they worked by hand. Now they use machines, work faster, for shorter durations, and charge more. But most landowners got around this by hiring women labourers because the women still came cheap, but not anymore — at least not in this region of southwestern Karnataka. So, instead of giving themselves a pat on their backs for being one of a handful of (especially rural) regions to enforce gender–unbiased paying schemes, they curse it because it means farmhands, man or woman, no longer come cheap.

Consider the corn farmer who pointed to his heap of nearly 15 quintals of plucked cob. ‘I’ve kept it here till the market prices rise,’ he says. I give him a questioning look: I know farmers (like in any other arrangement with middlemen) make far too less a percentage from the price consumers pay for their goods, but was it worth holding on to 15 quintals of it?

The price difference is far less than the question of percentages, as he explains to me. ‘If I deliver it to the city market myself,’ he says, ‘I get Rs 1,500. If I tell them I have a plucked yield ready to sell, they’ll send in a machine to shred the cobs, extract the seeds and pack and weigh it and even transport it themselves. Then they give me Rs 300.’

The shocking Rs 1,200 price difference is not the worst part. The nearest city where he can hope to sell his yield is about 20km away. Lorries do not come cheap, especially not to short distances like this. ‘It does not work out’, he adds. And he is right: a single corn on the cob weighs about 150g and at the time of writing this, two corn cobs (300g) cost Rs 50. So a kilogram of corn costs roughly Rs 150. That puts a quintal at Rs 15,000. The farmer gets a mere 10% of this (excluding his considerable transport costs to reach a city).

Paddy is a whole other problem, as another farmer tells me. ‘Labourers are lazy nowadays.’ He’s an old–timer, but he might as well be saying the same thing about the youngsters around him — they own the farm, complain about expenses, yet choose to hire farmhands to work rather than working themselves. He waves his hand in the air as he leads me from one end to another of his green and yellow carpeted paddy fields, lined with teak and Mahogany (ಹೊನ್ನೆ in Kannada) trees, which also provide him substantial income on a decade basis.

‘They used to work from seven to one, lunch, and then work from two to six again’, he recalls. ‘But now they come at nine, ten in the morning, break for two hours for lunch, and work from two to six.’ Another farmer from the neighbouring fields corrects him: ‘three to five,’ he says, ‘but sometimes they even insist on leaving at four.’ But there is a good reason for this — machines. A lot of yield used to be plucked by hand before — an arduous, back–breaking task — but machines take care of it now.

Labourers are, quite literally, people pushing buttons and ensuring machines do their jobs. It is no wonder then that they take less time to finish their jobs — not only fewer hours a day, but fewer days as well. They overcharge because they have to earn back their investment in machines. Machines are costly and farmers often cannot buy them; in addition, it makes little sense to buy large machines when most farms in India, thanks to familial division (father’s land halves between two brothers, quarters between their two kids and so on), are not that vast after all. On the long run, therefore, it does work profitably to hire and outsource the machine work, but it is still not as profitable as taking time (and putting in the effort) to pluck yields by hand.

The monetary problems with this new practice of hiring farming machines, as it turns out, is as much political as it is temporal. ‘Most of the people who own machines are from Tamil Nadu,’ one farmer declares, not impressed with the neighbouring state. (I have no source or census to cite this as (in)accurate.)

However, he is not alone in this belief; others chime in with facts and opinions: ‘They come in during the reaping season, offer their machines, work, overcharge and go back to Tamil Nadu.’ Says another, ‘I don’t understand why people of Karnataka can’t do this. Are they lazy?’ While he should have said ‘Are we lazy?’ because he is from Karnataka himself, he does have a point. If their observation of most machine owners coming in annually from a neighbouring state is true, then why do the people of this state not serve themselves? Clearly, it does work out for the people of Tamil Nadu. Or does it work out because most of Karnataka is on their customer roll? Would too many people trying their hand at this business devalue it?

Of course the last conversation we had had to do with cows despite having a lot of those in India. (Talking about cows is akin to talking about the weather.) Apparently cows in these parts only eat green grass unlike cows near the city which also eat twigs because green grass is hard to come by. ‘How often do you come towards the city?’ I ask him curiously. ‘Oh,’ he smiles, ‘I never do.’ (For the record, there is plenty of green grass in the city; most Indian cities are not concrete jungles yet.) Apparently the cattle here also eat leftover corn husk, so almost no part of their corn yield goes waste, and their smiles tell me they like that. They wish other crops were just as useful.

I got back to urbanity eventually, pondering over these discussions. (And others such as, ‘We have thirteen cows and four goats including the ones grazing there and there and, hey, there are only ten!’ — we found it wandering nearby in the field belonging to the village school, which, enviably, has a whopping six students and three teachers.) I plan to make such a trip again, it can be rather eye-opening.