The trouble with FIRE

Half the idea is sound and the other half feels like a misplaced priority. 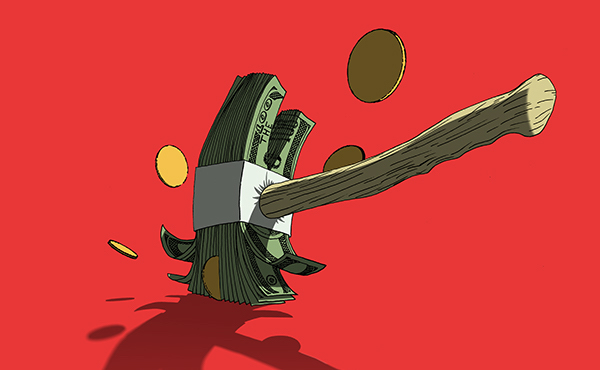 The idea of becoming financially independent is great and, given the current economic situation in most countries, there is little surprise in its popularity. Add to it a generation almost mindlessly entrenched in minimalism, the thought of FIRE—Financial Independence, Retire Early—seems oddly like it belongs to the wrong generation yet seems fitting on some counts. However, half of the idea should simply be commonplace—the FI bit—while the remainder—the RE bit—is worth thinking long and hard about, or even simply discarding altogether.

My personal opinion is that FIRE should stand for ‘Financially Independent and Retiring Early’ because that expansion just makes a lot more sense than the most popular one (see above). However, there are slight alterations of these four words in the expansion depending on whom you ask so there is probably still some hope.

The core idea of FIRE sounds simple enough: earn and save enough money, generate enough assets, so as to be able to retire early (think mid- to late-30s) and live out your life by periodically withdrawing your savings and passive income with discipline and never work to earn for your life ever again.

This is a great idea. On the face of it it seems as close as we have ever gotten to the utopian Star Trek idea of an earth where money has no meaning and working to earn a living is a thing of the past. Everyone is given all they need to live because living is their right, and everything else is cherry on the cake. But I digress: the appeal of FIRE lies in the sense of freedom it seems to be synonymous with, but like everything in life it comes at a cost.

The primary motivation behind FIRE, indeed what is making many people retire at all, is a strong belief in the so-called ‘Four-percent rule’. This was a figure born out of studies of market growth over a few fifty-year periods from the mid-1920s to the early-1990s. It was found, by William Bengen among others, that withdrawing at a steady rate of 4% every year would exhaust a retirement portfolio in no sooner than 30 years.

In other words, if you build up your savings while you work in such a way that withdrawing 4% every year will help you maintain your current expense and lifestyle, you can continue to live as you are living currently for at least 30 years.

To retire safely you need not worry past this so long as you can sustain the most minimal life you can think of. The four-percent rule, in other words, is a lot less practical in its approach for a majority of the population than it sounds like on paper.

Culturally and socially, we tend to have several reasons for spending. The rule breaks down if you spend, for example, 5% one year for some reason. If you have a sudden medical expense, you have no choice but to eat into your principal and risk living at a 3% withdrawal rate for the rest of your life. The thougt of this does not ease my discomfort. As someone who believes in having enough to be mentally unperturbed the idea of FIRE sounds like someone wanting to stop working early at the risk of living an extremely frugal life with no prudence or peace of mind.

Think of sudden, unexpected medical bills for example; or a child’s education; or any of a million other unforeseen bulk expenses that might come your way. The FIRE plan makes space for none of these. It makes the classic mistake of building on ideal expectations.

Between a rock and a hard place

If I had to opt for it, I would favour a corpus built with the expectation of a no more than a 2% withdrawal rate. The above seven-million number would then double. It is clear to see now how FIRE is attacking you from two sides: on the one hand is a push to be financially independent which requires making more money, on the other is a push to retire early which requires relying heavily on probabilities and passive incomes. This all rests on the common understanding that life will be led with incredible calculation, frugality and with little room for expansion.

I do not believe in living out one’s years miserably. I also do not believe in splurging left, right and centre. Occam’s razor then dictates eliminating one of two curbs: either forego financial independence or retire in your later years. The former is stupid, the latter is much less a trade-off than it appears.

FIRE is all about living sometime later instead of living now and being prudent about the future.

Stefanie O’Connell made a good point about this in The Financial Confessions podcast in December of 2019. She says—

A lot of the way people who are FIRE spend their time is exactly how I spend my time. The only difference is I don’t have five-million dollars in the bank. I do need the money. But … if I were to just prioritise having a million dollars in the bank … at the expense of everything else I spend my money on, I don’t know that I would have the quality of life and joy that I have along the way. And that’s not a trade-off I’m willing to make, and I think … asking people to … defer this gratification … is maybe not necessary … Maybe it’s just a change of work culture, maybe it’s much more simple and much more accessible and I think that’s the other piece of this puzzle where I think the criticism of FIRE is legitimate is that a lot of this is not accessible to a lot of people.

She goes on to point out rightly that if you do not have a huge salary and if you have a non-zero cost of living and if you are not lucky enough to graduate without debts, a lot of the things that eat into your expense and prevent you from building a corpus quickly enough to retire early essentially make FIRE an impractical idea that will forever remain out of your reach.

How about sound financial health instead?

The simplest, most practical approach would be to enjoy your job so you can do it long enough without feeling like it is a burden on you every morning. Earn for several years too, and live a decent, even frugal life but without the sort of frugality that borders on misery. Build a corpus but for certain peace of mind rather than to retire unusually early.

Further, what happens after the 30-year pillow that the four-percent rule affords? Do FIRE people who retire at 35 not expect to live past 65? Or are they gambling on being able to re-enter a career then, or even on being able to make money from interests and rent at that point? And what if you have a hobby or some venture that grabs your interest later in life; you will have nothing to invest in that because the four-percent rule you had such faith in in your twenties now has you shackled forty years later.

Just draw from the lessons of FIRE that encourage saving, investments and asset building. You may not have a million dollars in the bank, but considering you do not have a million years to live either, perhaps this trade-off is worth it. At the cost of a slightly smaller bank account, you get to actually live your life without worrying about a four-percent withdrawal rate; you get to live your days satisfied and peacefully, without worrying about not having money; you get the peace of mind that comes with being able to not count every penny you spend all while distancing yourself from the uncertain promises of an early retirement. In short, strive for FI and drop the RE.