Incendies: a masterclass in emotion and narration 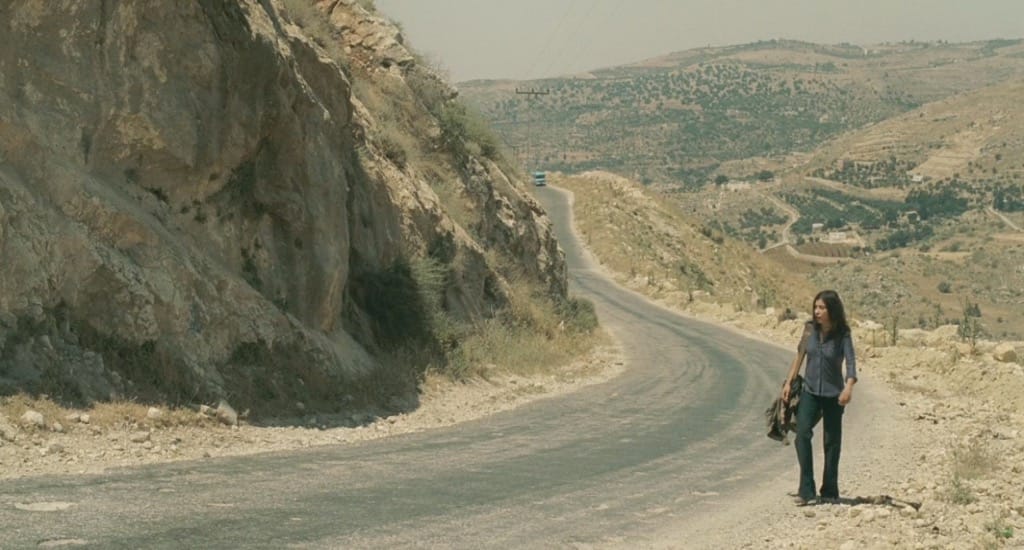 Dennis Villeneuve is among my favourite among today’s breed of directors matched only, perhaps, by the Coen brothers. It is telling that of the only four films I have ever reviewed on my website, two are from Mr Villeneuve (Arrival being the other). In line with all his other works Incendies is a beautiful work visually, temporally and emotionally. My good friend Manu recommended this film and reminded me several times to watch it; although I put it off for one reason or another, I am more than glad to have finally watched it.

Mr Villeneuve loves his pan shots and dollies. Every shot is beautiful and meticulously planned: From the slow rightwards wave of the camera as our protagonist, Nawal Marwan—an Arab Christian played excellently by the Belgian actress Lubna Azabal—travelling by bus, arrives at a bridge in a fictional city in the Middle East, to the slow dolly as we follow her out of a swimming pool, to the many panning views of stunning lofty desert landscapes as we follow Nawal through her journey across the land, in support of human rights, a cause for which we she goes so far as to assassinate a local nationalist politician.

The director takes his time, which is sometimes a dead giveaway for things that tell the viewer they need to keep memorised for later. When we first see Chamseddine’s child soldiers in the opening shot, being groomed (literally) as islamic fighters, all the way to the end when we meet Abou Tareq and the camera hovers around his gaze and his tattooed foot, beckoning our memories, tying various threads in the story.

In the end this is Nawal Marwan’s story, not Nihad’s, not Jeanne’s, not Simon’s. But they are all peppered throughout the tale. An utterly realistic scene, for example, comes together when a group of Middle Eastern women sit around a room answering Jeanne’s questions about her mother. Either every woman in that room is a good actor or the director did a splendid job of keeping the entire scene down to earth so it feels realistic and natural. This carries on as Nawal’s daughter, Jeanne (and later, but to a lesser degree, her son, Simon) travel through their mother’s home country. A handheld camera followed them around, symbolising the unfinished and rugged, yet beautiful, nature of the country they are in.

A lot of props go to the original story, Wajdi Mouawad’s stage play which Mr Villeneuve adapted for the screen, which does a great job balancing action, emotion and narration without ever going overboard on any one thing. This is fundamentally what makes Incendies such a great film to watch: it has mastered its own pace which is neither too fast nor too slow; it owns its narrative which is actually a simple story but is told with cuts in the timeline that make it more interesting; and finally it eschews overly dramatic scenes where they are not necessary: a low-angle camera fixed to the ground while Nawal pulls up her trousers in the unfocused distance is a more powerful suggestion of the rape that has just taken place than any explicit scene once could have imagined.

I watched the film without subtitles since I believe greatly in film as a visual medium. Although my knowledge of french helped me manoeuvre the Canadian french spoken in the film, there was no clue as to the Arabic spoken. While I may have missed some subtleties here and there I think it says a lot about the film that a viewer was able to followed it and appreciate it deeply through its visual language alone.

In the end Incendies leaves you thinking about a lot of things despite never addressing any of it: life, love, war, religion, enmity and the potential for goodness in people. It is an example of the sort of masterpiece that is capable of being made when a capable director, a great script, and a talented cinematographer (André Turpin) get together. If you have two hours and want to give your mind some well-deserved exercise, sit back and watch this wonderful film.