Star Trek: Discovery is an operatic nod to TOS and TNG

Revivals of Star Trek are the best things happening to television today, and the one that led the new generation, Discovery, got whatever it got right by drawing on its predecessors. 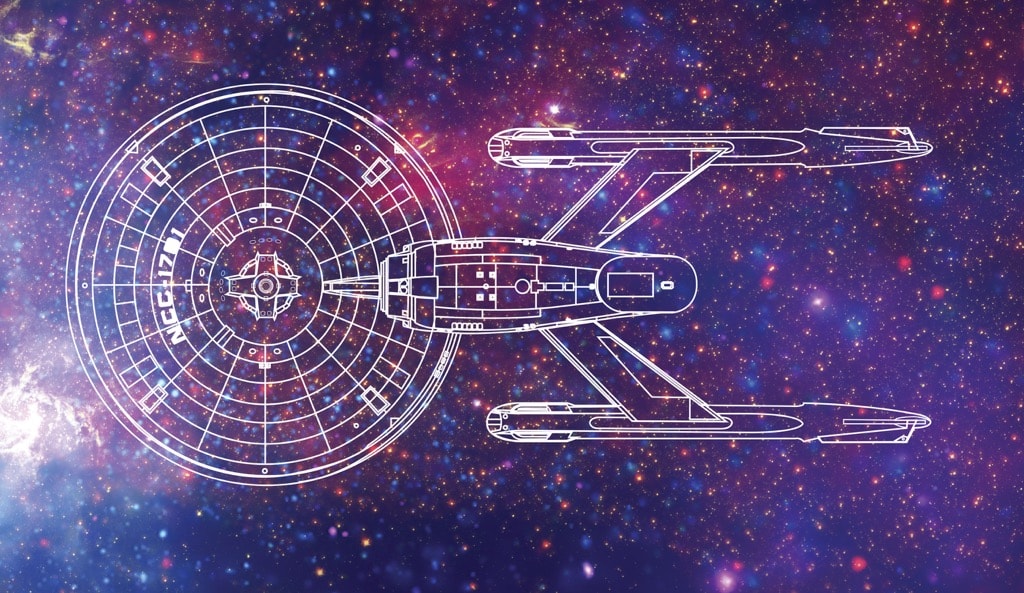 I first noticed the similarities by chance: the third episode of Star Trek: Discovery is called ‘Context is for kings’ a title that sounds remarkably similar to the thirteenth episode of TOS called ‘The conscience of the king’. The episodes have little in common but noticing this prompted me to read Discovery between the lines a little more attentively. (If you have not watched Discovery I suggest you catch up before the third season is out—also, spoilers are ahead.)

This was particularly convenient because this third episode is where the namesake starship Discovery first enters the narrative. Discovery is a Star Trek series (so far, two seasons in) unlike other Star Trek series because, like a modern show that has lost its roots, it relies too heavily on action and adrenaline rather than on gripping decisions of morality and philosophy. To me, what has always made Star Trek infinitely more interesting than Star Wars (yes, I picked a winner and I no qualms about it) is its boldness in shunning guns and action for dialogue, contemplation, decisions and a uniqueness in the universe that goes beyond the good versus evil tale.

It is possible to commit no mistakes and still lose. That is not weakness, that is life. Jean-Luc Picard

For the time being, though, let us put this aside. It was important simply from the perspective of understanding how Discovery pays tribute to previous series—not by embracing their spirit, unfortunately. It is nonetheless an interesting show.

Time travel has appeared in Star Trek before albeit in minor forms. But it goes on to play a central role in Discovery. (Time travel seems to be all the rage in Hollywood these days although which of the current iterations will be the ‘Back to the Future’ of the next generation is hard to tell.) In TOS, for example, in the episode ‘The naked time’ Kirk and the crew of the Enterprise travel back about three days. The way they do it is by mixing up stuff in their warp drive that allows them to cover incredible spatial distances at the cost of going backwards in time to compensate. While the physics in Star Trek is more fiction than science, the interplay between space and time is somehow more believable than the solution Discovery comes up with: time crystals that are reminiscent more of Marvel comics than Star Trek canon.

The prejudices people feel about each other disappear when they get to know each other. James T. Kirk

Interestingly, Star Trek: The Next Generation, one of the Trek shows set most in the future, picks up where TOS left off and does a good job of tipping its hat to this episode from TOS while shaking things up just a little (see ‘The naked now’). More interesting, TNG plays with time travel itself; for example in ‘Cause and effect’ the Enterprise crew is stuck in a time loop unknown that they are stuck in a time loop until Data manages to pass information to himself across loops helping them break out after a 17-day cycle and helping the USS Bozeman, stuck in the same time loop for 90 odd years, to break out too. TNG attributes this to a spatial anomaly, another reason more believable than a time crystal.

Discovery replicates this TNG episode and does a bit of TOS crossover in ‘Magic to make the sanest man go mad’, where a time loop just like the one Picard and crew lived through is created by the infamous TOS smuggler and con artist Harcourt Fenton Mudd.

It's easy to be a saint in paradise. Benjamin L. Sisko

The TOS nods continue, pleasantly enough, with the crew of the Discovery visiting Talos IV in defiance of General Order 7 of the Federation that awarded the death penalty to anyone making contact with Talos IV (although why this order was put in place is unclear). In TOS, Spock defies Kirk and the Federation in some ways and forces the Enterprise to visit Talos IV to save Captain Pike’s life. In Discovery Michael Burnham similarly takes Spock to the mind-reading illusionists on the forbidden planet to help better understand Spock’s worsening mental condition. In this Discovery did a pretty good job.

Another location Discovery references from TNG is the planet of Boreth, going so far as to film it in exactly the same manner as it was shown on TNG, albeit with a lot more snow for some reason.

In a part of space where there are few rules, it's more important than ever that we hold fast to our own. Kathryn Janeway

However, where Discovery did not fare just as well was in capturing the emotions involved in killing someone. While Picard, Kirk and nearly every other Trek captain has had a hand in someone else’s death, nobody has been pleased with it. But Philippa Georgiou (granted, the mirror universe version, but does this give writers a pass?) is incredibly pleased when she kills Section 31 operative even asking a fellow officer, ‘Would you like to join me in making Leland scream? … I’d like to hear you scream.’ This is followed by Leland/Control falling to the ground and dying, nanites everywhere.

Compare this to Picard’s more measured proposal in TNG: ‘This conflict was started by mistakes on both sides. Let’s agree to end it here and now.’ This is followed by the Enterprise crew rebuilding their partially destroyed ship with the help of the nanites whom they then launch towards their new home planet. Like I said, much less action, much less adrenaline, in favour of diplomacy, mature conversations and thoughtful, non-violent and moral exchanges. Whereas compassion was core to TNG, TOS, DS9 etc., rage seems like the core idea among Discovery’s crew—except for some members when it comes to the tardigrade.

No being is so important that he can usurp the rights of another." Jean-Luc Picard

Speaking of Section 31, that was a nod to Star Trek: Deep Space Nine and Star Trek: Enterprise in episodes of which they make an appearance in some form. Trekkies mostly dislike Section 31 because they are a black mark in the otherwise paradisiacal Star Trek universe. Perhaps the biggest nod in Discover is to Section 31 after all—because all of Discovery’s crew and the version of Starfleet in Discovery seem to fit the bill when it comes to working for Section 31.

I certainly hope that the upcoming Star Trek: Picard will paint with a different brush. Discovery has not fallen so far below that it is beyond repair, so I look forward to the next season with optimism. I also look forward to the continued nods to the rest of the Star Trek universe with Discovery and Picard being set at opposite ends of the Trek timeline, but at the same time I hope that the shows pick up more of that philosophy and spirit that made previous Star Trek series a class apart from their contemporaries.